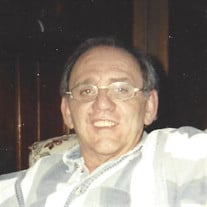 Larry “Pete” Harlamert of Hartville, Missouri passed away peacefully on June 23, 2019. Born on September 18, 1946, Pete has been a lifelong resident and was, for a while, known to grow and sell some of the best strawberries and cantaloupes in Wright County! He also harvested firewood and managed his property as an ethical conservationist. He studied and applied healthy ecology, always seeking alternative methods to improve a process or result. It was all small-scale and personal, but none the less important in positive values. Pete joined the United States Army in January 1967 and was selected, as was his brother Mike, for helicopter pilot training at which he excelled. Pete flew Bell 205 Hueys in countless combat, rescue, patrol, and valet missions with the 635th Aviation Company in Vietnam. On one Christmas Eve, Pete provided perimeter security for a Bob Hope USO that became a full-on North Vietnamese attack of the base. Pete and his flight crew defended the position, fighting off numerous enemy advances. Pete endured the lifelong effect of Agent Orange Poisoning from his missions in Vietnam. For his services as a pilot, Pete received the National Defense Service Medal, the Vietnam Campaign Medal, the Vietnam Service Medal, the Air Medal, the Distinguished Flying Cross, and a Bronze Star. After returning to the United States from Southeast Asia, Pete traveled America for two years, spending a majority of the time on the West Coast where he dove into music and writing. He traveled with, and worked for many legendary and not-so-legendary bands and musicians. Returning to Missouri, Pete worked at the federal prison in Springfield and was a mail carrier for the USPS. Pete attended Southwest Missouri State University while he was in Springfield, studying chemistry, biology, psychology, and business. He also became a certified public accountant while attending SWMSU. Eventually, Pete returned to the family farm on V Highway. He worked out daily by constructing a traditional split-rail fence around a portion of the property, a task that involved a daily commitment for another two years. A portion of the fence is still functional today. Pete was an accomplished musician, song writer, and poet. He worked in photography and had several works copyrighted and commissioned. He enjoyed science fiction and wrote a number or short stories in that genre. As an avid animal lover, he always had an adopted dog and a collection of cats to share company. Pete was preceded in death by his parents, Harold and Betty Carlene Fateley; his brothers, Mike Harlamert, Kenneth Fateley, and nephew Michael Fateley. He is survived by his sister Sharon Sowa and her husband Randall; his niece and nephew, Graham and Emily Sowa; his son, Clay Harlamert; his first cousins, Trudy Carmen and Rhonda Kliswell. We appreciate all who knew Pete and those who helped support him, especially during these most recent years. In our lives we are lucky to be blessed with truly kind and generous friendships. Graveside services for Mr. Harlamert will be held Saturday, June 29, 2019 at 11:00 a.m. in Steele Memorial Cemetery in Hartville, Missouri. Memorial contributions may be made to the Kidney Foundation and left at the funeral home. Funeral arrangements are under the direction of Holman-Howe Funeral Home of Hartville, Missouri.

Larry &#8220;Pete&#8221; Harlamert of Hartville, Missouri passed away peacefully on June 23, 2019. Born on September 18, 1946, Pete has been a lifelong resident and was, for a while, known to grow and sell some of the best strawberries and... View Obituary & Service Information

The family of Larry "Pete" Harlamert (Hartville) created this Life Tributes page to make it easy to share your memories.