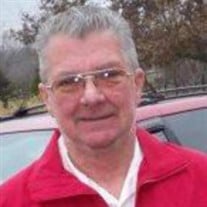 Larry Richard Schiffgens, son of August John and Bertha Elizabeth Edwards Schiffgens, was born December 28, 1941, in Kittanning, Pennsylvania. He departed this life Thursday, February 25, 2021, in his home, in Lebanon, Missouri, at the age of seventy-nine years, one month, and twenty-eight days. His parents preceded him in death. Larry is survived by two daughters, Christan Antoszewski, and her husband, Jack, of Lebanon, Missouri, and Kimberly Schiffgens, of Fairfax, Virginia; a son, Larry Schiffgens, II, of Eldridge, Missouri; three grandchildren; one great-grandchild; a brother, Thomas Schiffgens, of Kittanning, Pennsylvania; as well as a host of other relatives and friends. He was born and raised in Pennsylvania and graduated from high school there. He entered the military as a young man and served in the United States Army for over twenty years. He served three tours of duty in Germany, before retiring. He then made his home in the Falcon, Missouri community for a few years, before moving into Lebanon, Missouri. He was employed by Marathon Electric for several years. He was very steadfast in his convictions and enjoyed dabbling in antiques. His family was very important to him and he especially enjoyed having time with his grandchildren and great-grandchild. Larry was a loving father, grandfather, great-grandfather, brother, and was a caring neighbor and friend. We celebrate his life and know that he will be fondly remembered and greatly missed by all of his family and many friends. Mr. Schiffgens will have graveside and burial services at Arlington National Cemetery. Arrangements are under the direction of Holman-Howe Funeral Home of Lebanon, Missouri.

The family of Larry R. Schiffgens (Lebanon) created this Life Tributes page to make it easy to share your memories.