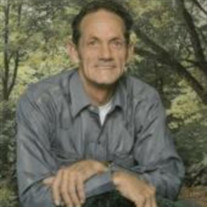 LeRoy McCabe, was born August 10, 1938 in South Dakota to his parents, Arthur and Virginia McCabe. He comes from a family of six children, four brothers and two sisters. On December 31, 1965, he was united in marriage to his wife of 56 years, Shirley Ann McCabe. Beginning his career as a young married man with five children, he opened his own salvage yard for two years, which furthered his career working on heavy equipment for another two years, until he found his craftsmanship and passion as a finished carpenter for 25+ years in the state of California. He refinished the inside and outside of several homes, gorgeous homes. Not only did he take pride in his woodworking craftsmanship and his attention to detail, many people saw the love that was put into his amazing and gorgeous craftsmanship. LeRoy and his wife moved to Missouri in 1985, where they purchased Tunnel Dam Cabins and Campground as a family-owned resort. They sold the resort in 2002. There was lots of hard work, fun times and many grateful memories the family created. In 2002, LeRoy decided it was time to retire, but he couldn’t; he wanted to keep busy somehow, someway. Therefore, with is passion for antiques, he and his wife would travel all over, looking for rare and unique antique pieces. They had a large collection of antiques for many years and decided to open their own antique store across from Bledsoe’s, that Dulle’s owned. It was just not enough to keep him busy, so in the meantime, while his wife was running the antique store, Jim and Christy Dulle offered him a job as their maintenance man to refinish their home, rental homes and the storage units in Camdenton. In 2019, fourteen years later, LeRoy’s health was getting the best of him, making it difficult for him to continue his passion as a carpenter and maintenance man; he had no choice but to retire at the age of 80. LeRoy will be truly missed by his family and friends that he touched with his passion, but will remain in our hearts forever. Arrangements are under the direction of Allee-Holman-Howe Funeral Home of Camdenton, Missouri. To send flowers to the family or plant a tree in memory of LeRoy, please visit our floral store.

LeRoy McCabe, was born August 10, 1938 in South Dakota to his parents, Arthur and Virginia McCabe. He comes from a family of six children, four brothers and two sisters. On December 31, 1965, he was united in marriage to his wife of 56 years,... View Obituary & Service Information

The family of Leroy Dean McCabe (Camdenton) created this Life Tributes page to make it easy to share your memories.