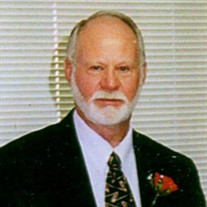 Lester Uland Oliver, son of Carl Uland and Martha Ann Winfrey Oliver, was born September 25, 1935, near Sleeper, Missouri. He departed this life Sunday, July 25, 2021, in Mercy Hospital, in Lebanon, Missouri, at the age of eighty-five years, and ten months. On October 25, 1958, he was united in marriage to Karen Rhea Moyle, and to this union three daughters and three sons were born. He was preceded in death by his parents; a son, Michael L. Oliver; two brothers, Carl Oliver, Jr., and an infant; and three sisters, Letha Oliver, Maybelle Derr, and Norma June Garris. Lester is survived by his loving wife of sixty-two years, Karen, of the home; three daughters, Kimberly Fisher, of Lebanon, Missouri, Kerri Collins, of the State of Arizona, and Heather Stokes, and her husband D.R., of Four Seasons, Missouri; two sons, Shawn Oliver, and his wife, Kim, of Stoutland, Missouri, and Brian Oliver, of Springfield, Missouri; twenty-six grandchildren; thirty-five great-grandchildren; one great-great-grandchild; two sisters, Marie Strange, of Lee’s Summit, Missouri, and Margaret Derr, of St. Louis, Missouri; several nieces and nephews; as well as a host of other relatives and friends. He was born and raised in the Sleeper community, and graduated from Stoutland High School. He entered the military as a young man, and served in the United States Marine Corps. He was given a medical discharge and returned home to the family farm. After he and Karen were married, they made their home in Shawnee Mission, Kansas and lovingly raised their family. Lester owned and operated a concrete business for ten years, and then the family moved back to the family farm near Sleeper. Lester continued doing concrete work in the telecommunications business for several years. Lester was a member of the Lebanon Church of Jesus Christ of Latter Day Saints. He loved animals of all kinds, enjoyed beekeeping and he liked to do wood working and carvings. He liked being outdoors where fishing was his favorite activity. He had a great sense of humor and loved to tease and play pranks. His family was very important to him and he especially enjoyed having time with his grandchildren and great-grandchildren. Lester was a loving husband, father, grandfather, great-grandfather, great-great-grandfather, brother, uncle, and was a caring neighbor and friend. We celebrate his life and know that his family and friends will hold tight to the wonderful memories he created for them during his lifetime. Funeral services will be Friday, July 30 at 10 a.m. at Church of Jesus Christ of Latter Day Saints. Visitation will be held Thursday evening from 6 - 7:30 p.m. at Holman-Howe Funeral Home. Burial will be in Barnett Cemetery. Memorials have been established to the family or the Church of Jesus Christ of Latter Day Saints.

The family of Lester U. Oliver (Lebanon) created this Life Tributes page to make it easy to share your memories.