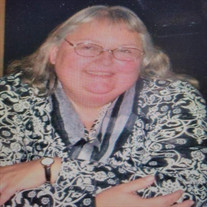 Lisa Jean Watkins, daughter of Bill and Jackie Misplay Watkins, was born January 26, 1962, in the State of Wisconsin. She departed this life Thursday, March 10, 2022, in her home, in Lebanon, Missouri, at the age of sixty years, one month, and fourteen days. She was preceded in death by her parents; and her step-father, Paul Day. Lisa is survived by a sister, Carolyn Boyd and her family of Belvidere, Illinois; two step-brothers, Darren Day and Doug Day as well Doug’s Army of Girls, all of Lebanon, Missouri; several cousins, nieces and nephews; her church friends; Daisy Road neighbors; and her beloved dog, Moose. She lived her early years in Wisconsin and then moved with her family to St. Louis, Missouri. She then moved to Lebanon, where Lisa graduated from Lebanon High School. She graduated from William Woods College in Fulton, Missouri. She began working at Enterprise Car Rental in St. Louis, where she managed computer programming. She returned to Lebanon and went to work for First National Bank in Camdenton. She then began working as the bookkeeper for D & A Distributing for a number of years. Lisa was a devoted Catholic and seeker of her faith and was involved in the RCIA Group and Bible Study. She was a strong, intelligent, independent woman who loved animals and especially her pets. She enjoyed cookouts with her brothers and Daisy Road neighbors. Lisa’s life was not always easy, she carried many burdens that few knew about. Lisa was a loving sister, aunt, niece, and was a caring neighbor and friend. We celebrate her life and know that she will be fondly remembered and greatly missed by all those who knew and loved her. At her last breath, she joined the angels in Heaven. Services for Lisa Watkins will be Tuesday, March 15 at 10:30 a.m. at Holman-Howe Funeral Home. A visitation will be held following the service. A memorial to Holman-Howe Funeral Home or to St. Francis deSales Catholic Church has been established and donations may be made through the funeral home.

Lisa Jean Watkins, daughter of Bill and Jackie Misplay Watkins, was born January 26, 1962, in the State of Wisconsin. She departed this life Thursday, March 10, 2022, in her home, in Lebanon, Missouri, at the age of sixty years, one month,... View Obituary & Service Information

The family of Lisa J. Watkins (Lebanon) created this Life Tributes page to make it easy to share your memories.