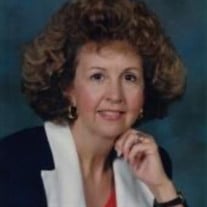 Lois Irene Gonseth, daughter of the late Harold & Opal (Oliver) Cannon, was born on May 13, 1943 in Osceola, Iowa and departed this life on February 3, 2022. At the time of her passing, she was seventy-eight years, eight months and twenty-one days. Lois was preceded in passing by her parents; her son, Phillip Gonseth; two siblings, Dwayne Cannon and Marion Cannon; and grandson, Kody Jones. She is survived by her loving husband of 60 years, Richard Gonseth; two children June Crum and Julie and husband Phil Jones; one brother, Melvin Cannon of Iowa City, Iowa; two grandchildren, Geoffery and Benjamin Kyle Jones; and four great-grandchildren, Jack, Colin, Graeme and Emery Jones. She also leaves behind many friends and family members who will all truly miss her. Lois was born in Osceola, Iowa but raised in Weldon, Iowa. She began her schooling in Weldon but then later graduated from Osceola, Iowa once they consolidated the schools. After finishing her schooling, she began working as a secretary in the Capitol Building for a few years, she then worked for the Selective Service System before finding her true calling in real estate. While in Osceola she met Richard Gonseth and they were later united in marriage on September 2, 1961. Together they farmed for twenty years before moving to Camdenton, Missouri where she obtained her license and continued in real estate. They were snowbirds, traveling to Florida or Arizona for the winter but always making sure to return home before the spring bloom. In her spare time, she loved pontoon boating, going to church and attending bible study. She also enjoyed making themed dinners and entertaining family and friends. Arrangements are under the direction of Allee-Holman-Howe Funeral Home. To send flowers to the family or plant a tree in memory of Lois Irene Gonseth please visit our Tribute Store.

Lois Irene Gonseth, daughter of the late Harold & Opal (Oliver) Cannon, was born on May 13, 1943 in Osceola, Iowa and departed this life on February 3, 2022. At the time of her passing, she was seventy-eight years, eight months and twenty-one... View Obituary & Service Information

The family of Lois Irene Gonseth (Camdenton) created this Life Tributes page to make it easy to share your memories.