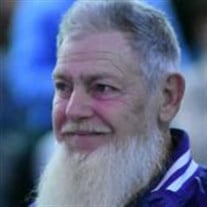 Luther Alvin Looney, son of Harrison and Velva Moore Looney, was born, February 20, 1944 in Carrollton, Missouri. He departed this life, Thursday, September 2, 2021, in his home, Camdenton, Missouri at the age of seventy-seven years, six months and thirteen days. Earlier in life he was married to Linda Watson and to this union four children were born. On May 18, 1983, he was united in marriage to Judy Hubbard and to this union two children were born. Together they shared thirty-eight years of marriage. He was preceded in death by his parents; his son, Adam Looney; two brothers, Robert Looney and Kenny Looney and his sister-in-law, Sharon Looney. Survivors include his wife, Judy Looney of the home; his children, Sandra Fanning and husband Leonard of Jamestown, Ohio, Charles Looney and significant other Jan Barger of Waco, Texas, Penelope Brennan of Greenfield, Ohio, Sally Turner and husband Phillip of Waco, Texas and Kate Looney of Osage Beach, Missouri; his brother, Glen Looney and wife Linda of Grandville, Michigan; six grandchildren; seven great-grandchildren as well as a host of nieces, nephews, other relatives and many friends. Alvin was raised in the Camdenton area and was a graduate of Camdenton High School class of 1963. After graduation, Alvin proudly served his country in the U.S. Air Force. He started his work career by driving an ambulance for Reed Funeral Home. He then worked for the Zenith TV Factory in Springfield, Missouri, HMI, tuckpointing fireplaces, Environmental Enterprises, Osage Beach, Missouri and home construction with Brownell and Sun. He then began his career of thirty-six years as a bus driver for Camdenton R-III School, retiring in 2015 and spending his time farming. He had received many awards and certifications in his career. He had received the Fleet Excellence Award for Project pass, Safety Award for Bus Driving almost all of his thirty-six years of driving a bus, Class A Radio Operator Certification and was certified for Missouri Waste Water Treatment. He was a member of Farm Bureau and the Skydiving Club. Alvin was saved as a young boy at Webster Grove Missionary Baptist Church and was a member of Myetta Missionary Baptist Church. He loved sharing his testimony of faith and salvation and visiting other country churches. Alvin was a hard worker and spent time laboring in the hayfield, farming cattle, splitting wood and tinkering with tractors. In his spare time, he had many hobbies to include crossword puzzles, leather work, carpentry and rock work. Alvin could fix anything he set his mind to. The time he enjoyed the most, was visiting with friends and family. He has blessed his family and friends with many wonderful stories and memories. He was a loving husband, dad, grandpa, great-grandpa, brother and a caring neighbor and friend. We celebrate his life and his accomplishments and will treasure the memories he created. Funeral services will be held at 11:30 a.m., Saturday, September 18, 2021 in Allee-Holman-Howe Funeral Home, Camdenton, Missouri. Burial will follow in Union Cemetery with military honors in Decaturville. Visitation will be from 10:00 a.m. until time of service in the funeral home. In lieu of flowers, please consider memorial donations to Union Cemetery which may be left at the funeral home. Arrangements are under the direction of Allee-Holman-Howe Funeral Home of Camdenton, Missouri.

The family of Luther Alvin Looney (Camdenton) created this Life Tributes page to make it easy to share your memories.