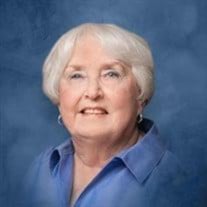 Lynda Sue (Kelsey) Douglas was born 5 minutes after her identical twin sister Synda L. (Kelsey) Douglas on December 29, 1947, in Mt. Vernon, Missouri to J.M. And Erma L Kelsey. Lynda passed away at Citizens Memorial Hospital in Bolivar on July 26, 2021, after a valiant but ultimately losing battle with pneumonia believed to have been caused by COVID-19. Lynda was an early and vocal proponent of the COVID vaccines and was fully vaccinated. Regretfully, it is believed that her immunocompromised state due to Rheumatoid Arthritis treatment adversely affected the efficacy of the vaccine. She would deeply resent anyone using her death as a breakthrough vaccination victim as justification for not getting the vaccine or urging others not to do so. As a skilled nurse practitioner, she was a firm believer in the available vaccines and remained so until her death. Lynda was a graduate of Bolivar High School in 1965 and the Burge School of Nursing in 1968. She served as an RN or Nurse Practitioner in Missouri, California, and Arkansas. She obtained her licensure as a nurse practitioner and served in various capacities including as a Nurse Practitioner at the University of California at Davis Student Health Clinic. She was well known among her peers for her outstanding diagnostic skills and treatment abilities. Lynda went on to receive her Master’s at Sacramento State in California and taught at the University of California Davis School of Medicine in Sacramento. She took early retirement in 2002 to return to Bolivar to spend time with her beloved twin sister Synda, who had recently suffered a recurrence of her breast cancer. The twins spent much time over the next six years riding horses throughout Missouri, Illinois, and several Western states, shopping together and “just being twins”. During that time Lynda worked as a nurse Practitioner for CMH clinics in Bolivar, Ash Grove and Stockton. She finished her nursing career as a nurse practitioner with the CMH Pain Clinic. After Synda’s death in 2008, Lynda and Synda’s husband Kerry Douglas began seeing each other romantically instead of as just brother-in-law and sister-in-law and friends of over 50 years. While it was Synda’s wish for Lynda and Kerry to get together after her death, neither expected that to actually happen. However, as Synda had foreseen, the relationship blossomed and led to the marriage of Lynda and Kerry on August 14, 2009. Over the next 11 plus years Lynda and Kerry enjoyed a wonderful marriage and had many post-pandemic travel plans that are now never to be. Lynda was the mother of one child, Kimberly Anne Collins of Albuquerque, New Mexico. She is also survived by her husband, Kerry Douglas of Bolivar, two stepsons who were also her nephews and to whom she served as “twin mother” since their births, Thomas H. Douglas and his wife Michele of Springfield, and Patrick Douglas and his wife Gelin of Bolivar. She is also survived by six step-grandchildren to whom she was a substitute grandmother, Katlyn Leister of Corpus Christi, TX, Alexandra Gordon of Norfolk, Virginia, Tyler Douglas and William Douglas of Springfield, Missouri, and Josie Douglas and Cy Douglas of Bolivar. She is also survived by one brother, Jim Kelsey of Oakland, California, and his son Jonah, also of Oakland, California. She was predeceased by both parents and her beloved twin sister Synda with whom she had a joyous reunion late Monday afternoon. Lynda was a lifelong member of the First Christian Church of Bolivar at which services will be held on Thursday July 29, 2021, at 1:30 pm. Due to the current circumstances with the COVID Pandemic, the family will not hold a visitation. All attendees of the funeral are respectfully requested to wear an appropriate mask or face covering. Burial will follow services at Greenwood Cemetery in Bolivar where Lynda and Kerry spent many hours walking and talking. In lieu of flowers, the family suggests contributions to the Polk County Humane Society or Community Outreach Ministries, both of which were her favorite local charities. Services are under the care and direction of Butler Funeral Home.

The family of Lynda Sue Douglas (Bolivar) created this Life Tributes page to make it easy to share your memories.

Lynda Sue (Kelsey) Douglas was born 5 minutes after her identical...