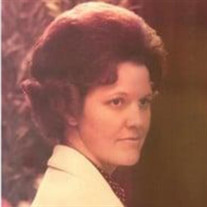 Mary Nettie (Johnson) Bridges was born on April 19th, 1938, to Arthur Joseph Johnson and Mary Ellen (Grimes) Johnson, at the family home in Louisburg, Missouri. She passed away in Bolivar, Missouri, on June 21st, 2021 at the age of 83. Mary’s family moved to northern Missouri where they lived during most of her childhood, and they returned to the Urbana area when she was in her early teens. She met Lawrence Jordan Bridges while attending Urbana High School, and they married on June 16th, 1956. In 1957, Mary and Lawrence moved to Santa Paula, California, with their infant daughter Debbie, and bought a small apartment building known as The Courts. During their time in California, their son Larry and daughter Dian were added to the family, and Mary kept busy taking care of the apartments and the kids; while Lawrence also drove a local milk route. While there, Mary was also able to take classes and graduate from Ventura County Community College . In 1963 the young family returned to Missouri, and Lawrence opened up a Chevrolet Dealership in Urbana. Mary also ran the locker plant in town for a time, until the family moved to Harrisonville in 1968 to open a new dealership there. Mary had a talent for organization and records, and kept all accounting books for that business until they moved back to Urbana in 1981. They built a home outside of Urbana and farmed for a while before starting up another Chevy dealership, and then building Bridges Implement in Urbana. After the sale of both by the mid-nineties, they began farming full-time. Mary’s favorite hobby was antiquing, and she loved traveling with family to festivals and antique shops around the country looking for her next find. She also loved John Mayberry and the Kansas City Royals, and attended many home games when the family lived in Harrisonville. She had a wonderful talent for decorating and cooking, and hosted countless family dinners and holiday celebrations. The love she had for family and friends was often felt in the kitchen; if you stopped by for a visit, you would likely wind up staying for a meal, or at least dessert. She loved being with family, and often this was spent around the kitchen table playing pitch; whether after a big holiday meal or just a weeknight get-together. Mary also loved traveling and took several trips to visit National Parks with Lawrence and their great-grandkids in their 5th wheel camper. Mary was saved and baptized at the First Baptist Church in Santa Paula, California. After returning to Missouri, she was a long-time member of the First Baptist Church in Urbana, and later attended Cherry Grove Baptist for several years. Mary was a servant wherever she went, and often used her giftedness in the kitchen to serve the church. She reminded her family of the assurance she had in her Lord and Savior Jesus Christ not long before her passing. Mary is survived by her husband, Lawrence, of the home; her son, Lawrence Wayne (Larry) Bridges, of Springfield, Mo.; her daughter, Dian Lee and husband Kelly Nunn, of Urbana, Mo.; her brother Troy Dale Johnson and wife Lynn of Urbana; sister, Donna Hanna of Warsaw; granddaughter Amy Lynn and husband Steve Bybee, of Cross Timbers; grandson Jamie Lee and wife Pamela, of Urbana, Mo.; grandson Matthew Paul and wife Kristen, of Preston, Mo.; and granddaughter McKenzie Lee and husband Trevor, of Fair Grove; great-grandchildren, Chase Andrew Glor, Rhett Jordan Glor, Jordyn Alivia Duncan, Maddison Lynn Glor, Gage Matthew Johnson, Jett Dallas Johnson, Sophie Rae Johnson, Wylie Hunter Hardin, and Asher Kelly Duncan; along with several nieces, nephews, and friends. She is preceded in death by her parents, Arthur and Mary Ellen Johnson; her daughter, Debra Lynn Walker; her brothers, Arthur Junior, Donald Wayne, and Bobby Gene Johnson; and her sisters Rita Sink and Helen Edde. Mary was loved by many and will be deeply missed. Visitation will be held from 10:00-11:00 a.m. on Thursday, June 24, 2021 in the Cantlon-Otterness & Viets Funeral Home with Graveside to follow in Hopewell Cemetery. Escorts will be Rhett Glor Chase Glor, Matt Johnson, Jamie Duncan, Steve Bybee, and Kelly Nunn. Honorary escorts will be Troy Johnson, Loren Dryer, Larry Harbit, and Jody Johnston. In lieu of flowers, the family requests donations be made to the CMH Hospice. To send flowers or a memorial gift to the family of Mary Nettie Bridges please visit our Sympathy Store.

Mary Nettie (Johnson) Bridges was born on April 19th, 1938, to Arthur Joseph Johnson and Mary Ellen (Grimes) Johnson, at the family home in Louisburg, Missouri. She passed away in Bolivar, Missouri, on June 21st, 2021 at the age of 83. Mary&#8217;s... View Obituary & Service Information

The family of Mary Nettie Bridges (Buffalo) created this Life Tributes page to make it easy to share your memories.