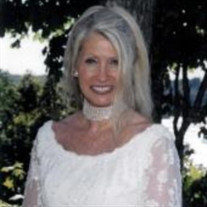 Mary Louise Von Hoff, daughter of the late Fred & Eleanor (Collingnon) Blasberg, was born on March 21, 1949 in St. Louis, Missouri. She departed this life on September 21, 2021 in Osage Beach, Missouri at the age of seventy-two years and six months of age. She was preceded in passing by her parents and one brother, Fred Blasberg. She is survived by her husband, Guenther Von Hoff; two sons, Bruce Vitor and Cristoph Wagner von Hoff; one daughter, Dorothee Wagner von Hoff; and one brother, Bill & wife Carol Blasberg. She also leaves behind many friends and other family members who will all truly miss her. Mary was born in St. Louis, Missouri where she would later graduate from high school. After her high school graduation, she attended junior college, eventually earning a scholarship to Washington University. During her time at Washington University, she earned the respect of many of her professors which would eventually lead to one of her professors assisting her in earning a position at a local printing company. She then would advance in her career earning an accountant position with ITT Commercial Finance and then later with Deutsche Financial Services once they acquired ITT Commercial Finance. It was there where she would meet her soon to be husband Guenther Von Hoff. Together, Mary and Guenther loved to travel, embarking on many trips to France, Germany and Italy; Once Mary was no longer able to fly, Guenther would drive her where she wanted to go, which would include various locations in Florida, where she would make several life-long friends. In her spare time, she enjoyed attending the Symphony every year and local Orchestra performances. Mary also enjoyed reading, gardening, relaxing with Guenther and her time involved with The Newcomers Club. She was a loving and a caring neighbor and friend. We celebrate her life and her accomplishments and will treasure the memories she created for her family and friends. Arrangements are under the direction of Allee-Holman-Howe Funeral Home of Camdenton. To send flowers to the family or plant a tree in memory of Mary Louise Von Hoff please visit our Tribute Store.

Mary Louise Von Hoff, daughter of the late Fred & Eleanor (Collingnon) Blasberg, was born on March 21, 1949 in St. Louis, Missouri. She departed this life on September 21, 2021 in Osage Beach, Missouri at the age of seventy-two years and six... View Obituary & Service Information

The family of Mary Louise VonHoff (Camdentron) created this Life Tributes page to make it easy to share your memories.