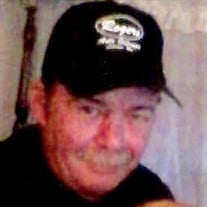 Michael Duane Greenwood, son of Orien and Fern Rhoads Greenwood, was born July 27, 1958, in Kansas City, Missouri. He departed this life Monday, December 20, 2021, in his home, near Lebanon, Missouri, at the age of sixty-three years, four months, and twenty-four days. He was preceded in death by his parents; and two brothers, Randy Greenwood and Van Greenwood. Michael is survived by a daughter, Tiffany Greenwood, of Kansas City, Kansas; two sons, Michael Demauri, and Billy Greenwood, both of Kansas City, Kansas; three sisters, Debbie Ross, and her husband, Phil, of Lebanon, Missouri, April Murhammer-Hollinger, and her husband, Brian, of Springfield, Missouri, and Leah Collier, of Mansfield, Missouri; several nieces and nephews; his girlfriend, Frankie Barker, of Lebanon, Missouri; as well as a host of other relatives and friends. He lived in Kansas City, Missouri for most of his life and then made his home near Lebanon for the last thirty years. He had worked as a big truck mechanic until becoming disabled. He liked working on big trucks, and especially restoring his truck. He loved his dog, “Baby Girl” very much. Michael will be fondly remembered and greatly missed by all those who knew and loved him.

The family of Michael D. Greenwood (Lebanon) created this Life Tributes page to make it easy to share your memories.