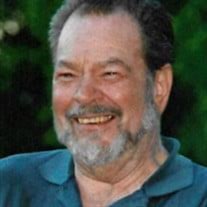 Norman Douglas Coble, 80 passed away, Monday, January 24, 2022 at his home. Norman was born to Norman and Esther Coble on October 25, 1941 in Chicago, IL. He attended Bensonville School until he began high school, then moving to Belvedere, IL and attended his high school years at Belvedere High, After graduation he worked for Green Giant Farms during the summer and attended Northern College in Chicago for a short time before joining the peace corps and working in south America in the Country of Bolivia in the towns of La Paz and Cochabamba from 1962- 1964. Then returning home and attending North Park College in Chicago, IL where he graduated with a Bachelor's of Science in biology and a minor in chemistry. He married Donna Jean (Davis) Coble on August 14, 1965 in Belvedere, IL. He started his teaching career at Harlem middle school in Loves Park, IL for eight years before moving his family to Missouri in 1974 and buying a piece of property to call his own. Building his own home and raising his family. Norman taught High School Science at Stockton High School in Stockton, MO from 1974 to 2004 before retiring. Norman was a member of the Dunnegan Bible Baptist Church where he served the Lord thru working on church projects, singing in the choir, and had served as Deacon, Trustee and Sunday School teacher. Norman is survived by his two sons, Trever (Angela) and Trent (Joani) Coble; four grandchildren, Memphis, Eain, Karissa and Cayman, Coble; sister, Claudia Martin. Services for Norman will be held 2:00 PM Saturday January,29, 2022 at the Dunnegan Bible Baptist Church in Dunnegan. Visitation will be held from 1:00 PM to 2:00 PM Saturday at the Church. Burial will take place in the Humansville Cemetery. To send flowers or a memorial gift to the family of Norman Douglas Coble please visit our Sympathy Store.

Norman Douglas Coble, 80 passed away, Monday, January 24, 2022 at his home. Norman was born to Norman and Esther Coble on October 25, 1941 in Chicago, IL. He attended Bensonville School until he began high school, then moving to Belvedere, IL... View Obituary & Service Information

The family of Norman Douglas Coble (Bolivar) created this Life Tributes page to make it easy to share your memories.