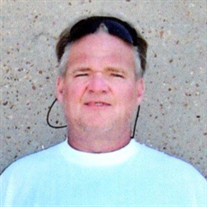 Norman Dale Unverzagt, son of Dr. Charles N. and Loretta Sue Riding Unverzagt, was born February 13, 1959, in Granite City, Illinois. He departed this life Friday, June 11, 2021, in Mercy Hospital, in Springfield, Missouri, at the age of sixty-two years, three months, and twenty-eight days. He was preceded in death by his parents; and a brother, Larry Unverzagt. Dale is survived by a son, David Collier, of Lebanon, Missouri; close friends, Jim Payne, of Lebanon, Missouri, and Mark Erwin, of Springfield, Missouri; a sister-in-law, Cassie Unverzagt, of Colorado Springs, Colorado; an aunt, Janet Davis, of Granite City, Illinois; as well as a host of other relatives and friends. He was born and raised in Illinois, and then moved with his family to Lebanon, Missouri, while he was in Junior High School. He then graduated from Lebanon High School in the Class of 1978. He worked in the oil fields in Texas and Louisiana for a number of years, and then moved to Springfield, Missouri where he was employed as a technician by North Star Battery Corporation. Dale had a deep abiding faith in God and had a walked closely with the Lord. He was steadfast in his convictions and you never had to wonder where he stood on a subject. He had a good personality and enjoyed spending time with his friends. Dale was a loving father, brother, nephew, and was a caring friend. We celebrate his life and know that he will be fondly remembered and greatly missed by all those who knew and loved him.

The family of Norman Dale Unverzagt (Lebanon) created this Life Tributes page to make it easy to share your memories.