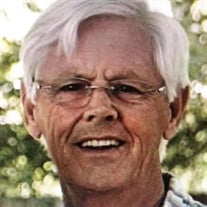 Patrick Lane Gladden, son of Thomas Earle and Virginia Thompson Gladden, was born October 20, 1948, in St. Louis, Missouri. He departed this life Monday, February 21, 2022, in Mercy Hospital, in Springfield, Missouri, at the age of seventy-three years, four months, and one day. On July 11, 1969, he was united in marriage to Donna June Ivey, and to this union two daughters and one son were born. He was preceded in death by his parents; two brothers, Mike Gladden and Bob Gladden; and a sister, Linda Addison. Patrick is survived by his loving wife of fifty-two years, Donna, of the home, near Lebanon, Missouri; two daughters, Tina Shirey, and her husband, Shayne, and Heather Gladden, all of Lebanon, Missouri; a son, Lance Gladden, and his wife, Christy, of Lebanon, Missouri; six grandchildren, Megan, and her husband, Brandon, Hannah, Mia, Caleb, Wyatt, and Lilyana; a special daughter, Twila Smith; a brother, Tommy Gladden, and his wife, Suzanne, of El Dorado Springs, Missouri; his brothers-in-law and sisters-in-law, Janie Blattel, and her husband, Billy, Teresa Jackson, and her husband, Mark, and Donald Ivey, all of Lebanon, Missouri; several nieces and nephews; his step-mother-in-law, Shirley Ivey, of Lebanon, Missouri; as well as a host of other relatives and friends. He was raised in the Lebanon community. He then worked as a truck driver for twenty years, and was awarded recognition of his driving over a million miles without an accident. From a young age Pat began working in automobile body repair. He particularly liked doing restorations on vintage cars. Patrick professed his faith in Christ early in his life and was a member of Lebanon Church of the Nazarene. Later, he became a member of Community Baptist Church in Lebanon. Patrick loved prayer meetings and liked sharing his testimony. In his spare time he enjoyed looking for antiques, especially clocks, and also liked doing woodworking projects and camping. He possessed a good sense of humor and enjoyed sharing his knowledge of fixing and repairing cars. His family was always central in his life and he greatly enjoyed having time with his grandchildren. Patrick was a loving husband, father, grandfather, brother, uncle, and was a caring neighbor and friend. We celebrate his life and know that his family and friends will hold tight to the memories he made for them during his lifetime. Services for Patrick Gladden will be Saturday, Feb. 26 at 2 p.m. at Community Baptist Church in Lebanon, Missouri, with Rev. Allen Reeves officiating. Visitation will be Friday evening from 5 - 6:30 p.m. at Holman-Howe Funeral Home of Lebanon. Burial will be in Grange Hall Cemetery. a memorial to the American Cancer Society has been established.

The family of Patrick L. Gladden (Lebanon) created this Life Tributes page to make it easy to share your memories.