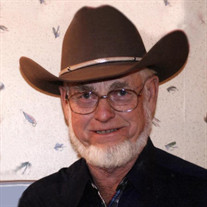 Paul Gayle Chastain, son of Claude Lee and Mary Elean Dibben Chastain, was born November 26, 1940, near Bennett Spring, Missouri. He departed this life Thursday, November 18, 2021, in his home, near Lebanon, Missouri, at the age of eighty years, eleven months, and twenty-three days. On July 10, 2005, he was united in marriage to Wilma B. Faulkner and they shared the last sixteen years of happiness and memories. He was preceded in death by his parents; and a sister, Sherry Chastain. Paul is survived by his wife, Wilma, of the home; a daughter, Paula Bost, and her husband, Chris, of Lebanon, Missouri; two sons, Bobby Chastain, and his wife, Debra Hicks, and Tim Chastain, and his wife, Sherrie, all of Lebanon, Missouri; a step-daughter, Suzanne Bouse, and her husband, Vern, of McLoud, Oklahoma; a step-son, Terry Fann, and his wife, Dorothy, of St. James, Missouri; a number of grandchildren and great-grandchildren; four brothers, Gary Chastain, and his wife, Delores, Jerry Chastain, and his wife, Nancy, Tommy Chastain, and Rick Chastain, all of Lebanon, Missouri; several nieces and nephews; as well as a host of other relatives and friends. He was born and raised in the Bennett Spring area then married his first wife, Georgina. After moving to Iowa, he married Virginia “Jinny”. He returned to Missouri where he always kept a farm and owned a blue Peterbilt truck. He later married Vernia. He and Vernia owned ‘Lil Country Store out toward Bennett Spring where they rented out log cabins and canoes. They owned the store for 10 years. In 2005, he married Wilma and they made their home near Lebanon. In his younger years, he began working for Appleby Boats and continued to haul boats until his final load last month. He was very involved in Chastain Trucking, LLC and drove for years as an independent owner/operator. He loved being on the road with his wife, Wilma, and together they logged millions of miles. He earned a safety award for driving five million miles without an incident or accident. Paul had made his profession of faith in Christ and devoted himself to Flatwoods Church. He had also been involved with the Gideon Bible Ministry for fifteen years. He was known for his hay baling and was especially proud of his tight and sound bales using Vermeer machinery on his ranch. He was a sales representative for Vermeer and was awarded a sales award for selling the most hay balers in the state of Missouri. He also loved horses and always liked hunting. His family was very important to him and he especially enjoyed his grandchildren and great-grandchildren. Paul was a loving husband, father, grandfather, great-grandfather, brother, uncle and was a caring friend. We celebrate his life and know that his family will hold tight to the wonderful memories he made for them during his lifetime. Funeral services for Paul Chastain will be Monday, Nov. 22 at 1 p.m. at Flatwoods Church. Rev. Allen Reeves will officiate the service. Visitation will be Sunday, Nov. 21 from 4 p.m. - 6 p.m. at Holman-Howe Funeral Home in Lebanon. Burial will be in Flatwoods Cemetery. A memorial has been established to the Gideon's and those donations may be left at the funeral home. Arrangements are under the direction of Holman-Howe Funeral Home of Lebanon, Missouri.

The family of Paul G. Chastain (Lebanon) created this Life Tributes page to make it easy to share your memories.