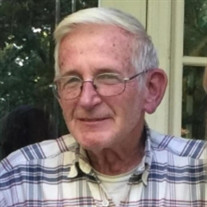 Paul Dean Day, son of Ralph Day and Grace Barr, was born January 27, 1942, in Lebanon, Missouri. He departed this life Saturday, October 2, 2021 in his home near Lebanon, Missouri. Paul was preceded in death by his parents and beloved wife Jackie. Paul is survived by two brothers, Gene Day and his wife Margaret of Springfield, Missouri, Eddie Joe Day and his wife, Linda of Phillipsburg, Missouri, two sons, Darren Day and his wife, Shari of Bolivar, Missouri, Doug Day and his wife, Dawn of Conway, Missouri, step-daughter, Lisa Watkins of Lebanon, Missouri, six grandchildren, Tiffani Burns, Bailey Archer, Korisha Barnett, Kourtney Harmon, Madison Mathews and Brianne Day, seven great-grandchildren and another on the way, two nieces, Karrie Ridder and Kelly Polenus, and two nephews, James Day and Phillip Day. Paul was a lifelong resident of Lebanon. After graduating from Lebanon High School in 1960 he joined the United States Navy to serve his country and set sail on the aircraft carrier the USS Intrepid. After his honorable discharge from the Navy he went on to marry Sherry Crisp in 1967. From this union came “The Day Boys” Darren and Doug. Many happy memories from growing up on Stockton Lake, boating, skiing, and camping remain today. Paul enjoyed hunting and fishing with his sons for many years. Paul worked as a special machines electrician at Detroit Tool until his retirement. In August of 1993, Paul was united in marriage to Jacqueline Marie Misplay. They shared 21 years together. They enjoyed bird watching, planting flowers, traveling and attending St. Francis DeSales Catholic Church together with daughter Lisa. Paul enjoyed everything outdoors, from floating with his family and friends to backyard barbeques. He cherished playtime and snuggles with his little buddy and longtime companion Snicker. Always together, with unconditional love, they were never apart. In lieu of flowers, donations can be made to Lebanon Claws and Paws animal adoption. Paul was a loving father, grandfather, great-grandfather, brother, uncle and was a caring and thoughtful friend. We celebrate his life and know that his family and friends will hold tight to the wonderful memories he made for them during his lifetime. Services for Paul Dean Day, will be held at 11:00 A.M., Saturday, October 16, 2021 at the Holman-Howe Funeral Home in Lebanon, Missouri under the direction of the Holman-Howe Funeral Home of Lebanon, Missouri with Rev. Greg Turner officiating.

Paul Dean Day, son of Ralph Day and Grace Barr, was born January 27, 1942, in Lebanon, Missouri. He departed this life Saturday, October 2, 2021 in his home near Lebanon, Missouri. Paul was preceded in death by his parents and beloved wife... View Obituary & Service Information

The family of Paul D. Day (Lebanon) created this Life Tributes page to make it easy to share your memories.