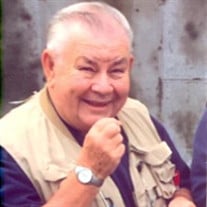 Paul Eugene Tuohy, son of Herbert E. and Betty Ann Fisher Tuohy, was born November 19, 1945, in St. Louis, Missouri. He departed this life Monday, July 26, 2021, in St. Louis University Hospital, in St. Louis, Missouri, at the age of seventy-five years, eight months, and seven days. On August 13, 1966, he was united in marriage to Kathleen Marie Hannon, and they shared the last fifty-six years. He was preceded in death by his parents; and a brother, Michael Tuohy. Paul is survived by his loving wife, Kathleen, of the home; a brother, Thomas Tuohy, Sr., and his wife, Judith, of Fenton, Missouri; two sisters, Linda Evola, of Atlanta, Georgia, and Debra Roza, of Houston, Texas; two nephews, Tom Tuohy, Jr. and Matthew Tuohy; as well as a host of other relatives and friends. He was born and raised in the St. Louis, Missouri area and then joined the military as a young man. He served his country faithfully in the United States Marine Corps for several years. After being honorably discharged from the Marine’s, he returned to St. Louis, where he began working as a truck driver. He continued truck driving for most of his life and worked for Allied Van Lines for many years. He and Kathleen moved to Lebanon about twenty years ago, and Paul worked for the O.S. Trucking Company in Springfield for several years. Paul was raised in the Catholic faith. He was a member of the American Legion Post in Lebanon. He was a very patriotic citizen who loved the United States and was always interested in keeping up on the highways of the U.S. In his spare time he greatly enjoyed trout fishing, caring for his home, and riding his tractor. He was quite a talker and enjoyed visiting with his friends. His family was very important to him. Paul was a loving husband, brother, uncle, and was a caring friend. We celebrate his life and know that his family and friends will hold tight to the wonderful memories he made for them during his lifetime. Arrangements will be announced by Holman-Howe Funeral Home of Lebanon.

The family of Paul E. Tuohy (Lebanon) created this Life Tributes page to make it easy to share your memories.