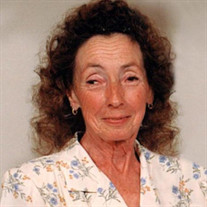 Phyllis Irene Dungan, daughter of Hobert F. and Gertrude E. Fagan Crippen, was born August 30, 1935, in Mansfield, Missouri. She departed this life Wednesday, May 25, 2022, in her home, in Lebanon, Missouri, at the age of eighty-six years, eight months, and twenty-five days. She was first married to Wesley Winkler, and they shared twenty-five years. On November 21, 1981, she married John Edward Dungan and they shared eighteen years of happiness before his passing. She was preceded in death by her parents; her husband, John; and two brothers, Dale and Jim Crippen. Phyllis is survived by a daughter, Melody Ming, of Lebanon, Missouri; a son, Larry Winkler, and his wife, Karen, of Lebanon, Missouri; seven grandchildren, Jessica, Joshua, Joseph, John, Chris, Brandi, and Larry, Jr.; nineteen great-grandchildren; a sister, Mary Singleton, and her husband, Bob, of Shell Knob, Missouri; a sister-in-law, Kathy Crippen, of Tacoma, Washington; a niece, Shari, two nephews, Kirk and Michael; as well as a host of other relatives and friends. She was born in Mansfield, MO and raised in Springfield, Missouri, and graduated from Central High School. Phyllis then moved to California with her first husband, Wesley Winkler and they were blessed with a son and a daughter. While in California, they owned and operated an appliance business where she worked for many years. In 1983, she and John moved to Springfield, Missouri, to care for her mother. Phyllis truly had a caregiver’s heart and would have made an amazing nurse. After Mrs. Crippen’s passing, Phyllis and John desired to remain living in the house her Daddy had built. In 1997, they moved near Hartville, Missouri. The past two years, Phyllis had lived with her daughter. Phyllis accepted Jesus as her personal Savior at a young age, and was raised by Godly parents. Phyllis enjoyed going to church the last two years at Lebanon Family Church with her daughter. For many years, Phyllis enjoyed playing the piano. Her sister, Mary would bring her fiddle and they would have a great time together. Music was in her soul. She would get excited when her jam buddies would come over to play music. She would smile that sweet smile, tap her little feel and sway to the rhythm. Everyone called her “Mama” and gave her lots of hugs. Her stature was small, but her heart was big and her faith was strong. Phyllis loved her family very much and had a close relationship with her children and grandchildren. She was very proud of them and looked forward to their visits. She liked traveling and was so much fun to have along on a trip. She enjoyed being outdoors and living in the country. Phyllis was a loving mother, grandmother, great-grandmother, sister, aunt and was a caring friend. She will be forever missed by all who knew and loved her.

Phyllis Irene Dungan, daughter of Hobert F. and Gertrude E. Fagan Crippen, was born August 30, 1935, in Mansfield, Missouri. She departed this life Wednesday, May 25, 2022, in her home, in Lebanon, Missouri, at the age of eighty-six... View Obituary & Service Information

The family of Phyllis I. Dungan (Lebanon) created this Life Tributes page to make it easy to share your memories.