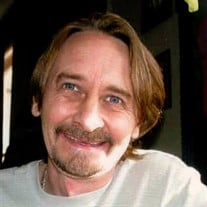 Randall Lee Routh, son of Michael and Constance Uva Routh, was born December 25, 1968, in Lebanon, Missouri. He departed this life Monday, August 9, 2021, in the University of Kansas Hospital, in Kansas City, Kansas, at the age of fifty-two years, seven months, and fifteen days. On June 25, 2010, he was united in marriage to Ginger Lee Emens, and they shared the last eleven years. He was preceded in death by a son, Konner Routh. Randall is survived by his wife, Ginger, of the home; two daughters, Jessica Routh, and Alexandra Fosberg; six sons, Tommy Routh, Jake Routh, Cameron Watson, Johnathon Routh, Jake Fosberg, and Donnie Routh; several grandchildren; his mother, Constance Routh, of Lebanon, Missouri; his father, Michael Routh, of Branson, Missouri; as well as a host of other relatives and friends. He was born in Missouri and was raised in California. He then moved back to Lebanon as a teenager and graduated from Lebanon High School. He had taken some college classes and became a certified medication technician. He worked in that profession for several years. After he and Ginger were married, they made their home in Hermitage, Missouri. He had an interest in guns, and enjoyed fishing and riding motorcycles in his spare time. He liked heavy metal and Hick Hop music and was especially a fan of KISS. Randall was a loving husband, father, grandfather, and was a caring friend. We celebrate his life and know that he will be fondly remembered and greatly missed by all those who knew and loved him. Arrangements for Randall Routh will be private under the care and direction of Holman Howe Funeral Home of Lebanon, Missouri.

Randall Lee Routh, son of Michael and Constance Uva Routh, was born December 25, 1968, in Lebanon, Missouri. He departed this life Monday, August 9, 2021, in the University of Kansas Hospital, in Kansas City, Kansas, at the age of fifty-two... View Obituary & Service Information

The family of Randall L Routh (Lebanon) created this Life Tributes page to make it easy to share your memories.