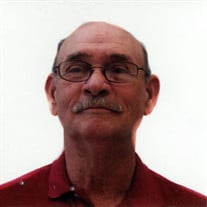 Richard Madison Babbitt, son of Richard E. and Joyce K. Jackson Babbitt, was born November 29, 1951, in Pomona, California. He departed this life Saturday, May 21, 2022, in Cox South Hospital, in Springfield, Missouri, at the age of seventy years, five months, and twenty-two days. On February 15, 1992, he was united in marriage to Marjorie A. Kelm, and to this union one daughter and one son were born. He was preceded in death by his parents; an infant son, Joshua Babbitt; and a sister, Stacy Babbitt. Richard is survived by his loving wife of thirty years, Marjorie, of the home, near Phillipsburg, Missouri; a daughter, Shianne Batson, and her husband, Brian, of Phillipsburg, Missouri; a grandson, Hayden Batson; a sister, Adrinne Lagana, of Las Vegas, Nevada; several nieces and nephews; as well as a host of other relatives and friends. He was raised in California near the Norwalk area, and graduated from high school there. He joined the military at the age of seventeen and served his country in the United States Army through two tours of duty in Vietnam. He did government work for a time after leaving the military. He then drove a truck for Jim Palmer Trucking and Conway Trucking for a total of fourteen years. In his spare time he enjoyed being outdoors where he particularly liked fishing, camping, and playing golf. He also liked watching car races, baseball, softball, and bowling. His family was very dear to him and he especially enjoyed having time with his grandson. Richard was a loving husband, father, grandfather, brother, uncle, and was a caring friend. We celebrate his life and know that his family and friends will hold tight to the wonderful memories he made for them during his lifetime. All services for Mr. Babbitt will be private. A memorial has been established for the Wounded Warriors Project and contributions may be made through the Funeral Home.

Richard Madison Babbitt, son of Richard E. and Joyce K. Jackson Babbitt, was born November 29, 1951, in Pomona, California. He departed this life Saturday, May 21, 2022, in Cox South Hospital, in Springfield, Missouri, at the age of... View Obituary & Service Information

The family of Richard M. Babbitt (Lebanon) created this Life Tributes page to make it easy to share your memories.