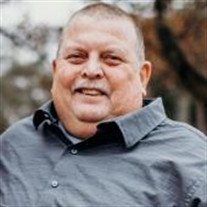 Richard “Rich” William Bleck, son of William Bleck and Beverly (Driver) Bleck was born, April 12, 1964 in Elmhurst, Illinois. He departed this life Sunday, January 30, 2022 in Lake Regional Hospital, Osage Beach, Missouri at the age of fifty-seven years, nine months and eighteen days. He was preceded in passing by his father; and his dog, Blade. Rich is survived by his mother, Beverly Bleck of Camdenton, Missouri; one daughter, Jackie Bleck of Desoto, Missouri; one brother, Rob and Melissa Bleck of Camdenton, Missouri; one sister, Susan and Craig Moss of Wentzville, Missouri; four nieces, Haley Bleck, Brooklynne Ellis, Anna Perryman, and Riley Bleck; two nephews Tyler Crow, and Jake Perryman; seven great-nephews and nieces, as well as a host of other relatives and many friends. Rich was raised on his family’s resort in Camdenton, spending most of his summers water skiing, and chasing girls. After graduation from Camdenton High School in the Class of 1982 Rich went to the University of Missouri and started working in corporate security and made a career of it for more than 30 years. Rich made a profession of faith and was a member of Our Saviors Lutheran Church in Camdenton. In his spare time Rich loved being with family, his dogs, boating the lake and supporting both the St. Louis Cardinals and Blues. He was a loving and a caring, son, father, brother, uncle, neighbor and friend. We celebrate his life and his accomplishments and will treasure the many memories he created for his family and friends. Memorial donations may be made to Our Saviors Lutheran Church of Camdenton Missouri, or to the family and left at the funeral home. Arrangements are under the direction of Allee-Holman-Howe Funeral Home of Camdenton, Missouri. To send flowers to the family or plant a tree in memory of Rich Bleck please visit our Tribute Store.

The family of Richard "Rich" Bleck (Camdenton) created this Life Tributes page to make it easy to share your memories.