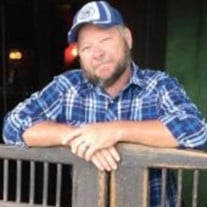 Richard Magness, son of the late Harry and Joyce (Wallace) Magness, was born on February 5, 1967 in Vallejo, California. He departed this life on October 18, 2021 in Richland, Missouri. At the time of his passing, he was fifty-four years, eight months and thirteen days. He was preceded in death by his grandparents, James and Margaret Wallace; parents, Harry Magness and Joyce Wallace; brother, Tommy Erickson; and his beloved fur baby, Smooch. He is survived by his wife, Lecia Magness; five children, Alexandria and husband Jacob Bennett, Allie and husband Chris Broome, Ellis McGuire and husband Austin Bethel, Nikki Price and Nathan Jeffries; two sisters, Jeri and husband Kevin Anderson and Yvonne Magness; eight grandchildren; and four fur babies. He also leaves behind a host of many friends and other family members who will all truly miss him. Rich was born in California but spent a majority of his youth between Missouri and California and would later graduate from high school in California. Shortly after his high school graduation, but before his eighteenth birthday, he enlisted in the United States Army where he proudly served his country. After returning home from the service, he resided in Citrus Heights, California and began working as a Corrections Officer for the state of California; he then moved to the Lake of the Ozarks where he began his career in management. While he was working as manager at Orschlens, he met Lecia Hamner and on May 29, 2015 they were united in marriage. In his spare time, he enjoyed hunting, fishing and spending time on his hobby farm; there he raised horses, chickens, pigs, turkey and numerous other animals. Rich truly cared for the younger generation, devoting a lot of his free time to coaching youth softball, acting as a father figure to many of the girls he coached. It was very important to him to always push those girls to be the best they could be and accomplish whatever they set their minds to. He was also very active in the 4-H club, even giving away horses of his own to neighbors who needed or wanted them. He was a loving and a caring neighbor and friend. We celebrate his life and his accomplishments and will treasure the memories he created for his family and friends. Funeral services will be held at 2:00 p.m., Monday, October 25, 2021 in Allee-Holman-Howe Funeral Home. Visitation will take place prior to the service from 1:00-2:00 p.m., in the funeral home. Memorial Contributions may be made to Valhalla Veterans and left with or mailed to the funeral home, 15 Clint Ave, Camdenton, MO, 65020. Arrangements are under the direction of Allee-Holman-Howe Funeral Home and are incomplete at this time. To send flowers to the family or plant a tree in memory of Richard Magness please visit our Tribute Store.

Richard Magness, son of the late Harry and Joyce (Wallace) Magness, was born on February 5, 1967 in Vallejo, California. He departed this life on October 18, 2021 in Richland, Missouri. At the time of his passing, he was fifty-four years, eight... View Obituary & Service Information

The family of Richard Magness (Camdenton) created this Life Tributes page to make it easy to share your memories.