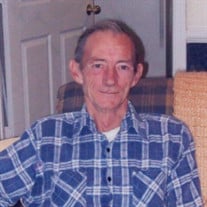 Richard Edward Rothwell, son of Roland Elbert and Dorothy Marie Rothwell, was born August 3, 1950 in St. Louis, Missouri. He departed this life Friday, July 9, 2021, in Northridge Place Assisted Living in Lebanon, Missouri, at the age of seventy years, eleven months, and six days. His parents preceded him in death. Richard is survived by a daughter, Kathy Robinson, and her fiancé, Danny Coffey, of Conway, Missouri; three sons, Michael Rothwell, of Linn Creek, Missouri, Rick Rothwell, and his wife, Audrey, of Lebanon, Missouri, and Jeffrey Rothwell, and his wife, Rachel, of Strafford, Missouri; nine grandchildren; one great-grandchild; three brothers, Brian Rothwell, of the State of Colorado, Kenny Rothwell, of St. Louis, Missouri, and Steve Rothwell, of Rogersville, Missouri; as well as a host of other relatives and friends. He was born and raised in the St. Louis area and continued to make his home there until moving to Lebanon in 1979. He worked at Fort Leonard Wood, Missouri for a few years, and then in 1985 he founded Rothwell Siding Company and Apollo Aluminum and Siding Wholesalers, Inc. in 1988. He continued to run his successful businesses for almost thirty years. Richard was raised in the Catholic faith. In his spare time he enjoyed being outdoors where he liked fishing and boating. He also enjoyed playing cards. He loved the History Channel and liked watching their shows while he had his coffee each day. He loved hot rods and antique cars, especially Mustangs. He was very driven to succeed and was always steadfast in his convictions. His family was very important to him and he especially enjoyed having time with his children and grandchildren. Richard was a loving father, grandfather, great-grandfather, and was a caring friend. We celebrate his life and know that his family and friends will treasure the wonderful memories he made for them during his lifetime. The Rothwell family will be gathering at the Blacksheep Building Products 23299 Falcon Road, Lebanon, MO 65536 following the graveside service and friends are invited to join them. Services will be 2:00 p.m. Tuesday, July 13, 2021 in Holman-Howe Funeral Home with Rev. Don Sing officiating. Visitation will be from 1:00 until service time Tuesday in the funeral home. Burial will be in Mount Rose Memorial Park. Memorial donations to American Cancer Society may be made through the funeral home.

The family of Richard E. Rothwell (Lebanon) created this Life Tributes page to make it easy to share your memories.