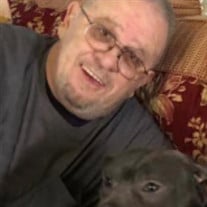 Richard Dennis Steen son of Lee and Mary Osborn Steen, was born September 8, 1954, in San Bernardino, California. He departed this life Wednesday, July 14, 2021, in Bothwell Regional Health Center, in Sedalia, Missouri, at the age of sixty-six years, ten months, and six days. He was preceded in death by his parents; his wife, Peggy June Steen; and a brother, Robert Steen. Richard is survived by a son, Anthony Steen, of San Diego, California; a step-daughter, Denita Eckgren, of San Bernardino, California; a step-son, Richard Eckgren, of Lebanon, Missouri; two brothers, Raymond Steen, of the State of Georgia, and Michael Steen, of the State of Washington; several nieces and nephews; a special friend, Gwen Moore, of Lebanon, Missouri; as well as a host of other relatives and friends. He was born and raised in California and then entered the military as a young man. He served his country faithfully in the United States Army. He then returned to the Barstow, California area, where he began working as a truck driver. He continued to work for Prime, Inc. until retiring five years ago. He liked watching television programs, collecting coins, prospecting, and enjoyed a good glass of bourbon. He loved dogs and especially his Pit Bull, “Loki”. He enjoyed spending time with his family. Richard was a loving father, brother, uncle, and was a caring friend. We celebrate his life and know that he will be fondly remembered and greatly missed by all those who know and love him.

The family of Richard D. Steen (Lebanon) created this Life Tributes page to make it easy to share your memories.