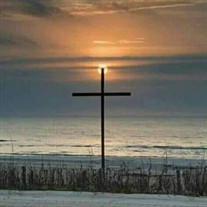 Richard “Rick” Edward Thomas went home to be with his Lord on Monday, October 18, 2021 at the age of 85 years, 4 months and 7 days, with his family by his side. Rick was born Thursday, June 11, 1936. Rick was the son of Woodrow Wilson Thomas SR. and Jenny Bradburn Thomas. Rick was the brother of Jimmy, Charlie, Gordon and Cotton Thomas.Rick married Ada Stout the love of his life November 28, 1958, to this union they were blessed four children, Susan, Terry, Timothy and Virginia “Gina”. Rick served in the United States Army for 4 years; afterwards they lived in California, Oklahoma until they made their lifelong home in Lebanon, Missouri for 46 years.Rick was a Maintenance Supervisor from 1982 - 1997 at Tracker Marine in Lebanon. Rick had a triple by-pass and the surgery did not go well which caused him to enter an early retirement. Rick provided many contributions to the Lebanon Plant during his 15 years of service. Rick had a deep friendship with Ron Fritz, VP of Manufacturing. Ed Hash was his “partner in crime” and the two of them kept the Plant in stitches and remained great friends, he will be remembered by them as well as Maintenance Crew Members and numerous other Tracker Associates.Rick had a deep love for his family, especially the little people, grandchildren and great grandchildren. Rick enjoyed attending their performances at their schools Veterans Day, Band and Music Performances, Grandparents Day, birthday parties, BBQs and fishing. Rick loved seeing the little people dressed in their Halloween costumes while passing out candy. Rick enjoyed Readers Digest, Western books, DVDs or just watching the Walton’s. Rick collected stamps, coins and baseballs. Rick enjoyed gardening, growing flowers and took pride in his rose bushes. Rick was preceded in death by both his parents; Woodrow Wilson Thomas SR and Jenny Bradburn Thomas. His brothers, Jimmy and Charlie Thomas. His wife Ada Thomas and daughter Terry Reeves. Rick is survived by his daughters Susan Thomas and Virginia “Gina” and her husband Rick Ebeirus and one son Timothy Thomas. Grandchildren; Lee and his fiancé Lesleigh, Chance, Brandy and her husband Chad, John Williams, Tara Jo and her husband Jared, Stormy and her husband Nathaniel, T.J, Jessica, Matt and his wife Kate, Ricky, Erica, Tina, Zachary and his wife Angel, Jennifer and her husband Michael. Greatgrandchildren; Brooklynn, Carleigh, Sadie, Layla, Nina, Caitlyn, Eleanor, An’dree, Xavier, Odessa Jo, Phyniox, Jaxin, Bear, Slate, Rory, Delta, David, Mariah, Douglas, Justin, Cynthia, Summer, Zachary JR, Kali, Aiden and Michael JR. As well as a host of nieces, nephews, extended family and countless friends. Rick will be greatly missed by all whose lives had been touched by him. Private services will be held at a later date under the care and direction of Holman-Howe Funeral Home in Lebanon, Missouri.

The family of Richard E. Thomas (Lebanon) created this Life Tributes page to make it easy to share your memories.

Richard “Rick” Edward Thomas went home to be with his Lord on...