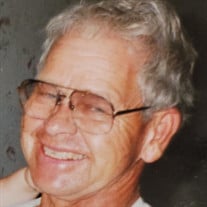 Richard Dale Ware, son of Leeander D. and Elizabeth Riley Ware, was born August 22, 1935, near Phillipsburg, Missouri. He departed this life Saturday, October 2, 2021, in Cox Medical Center South, in Springfield, Missouri, at the age of eighty-six years, one month, and eleven days. On November 9, 1957, he was united in marriage to Elsie Mae Detherage, and to this union two sons were born. He was preceded in death by his parents; two brothers, Pat and Junior Ware; and three sisters, Mae Caffey, Wilma Myers, and Betty Zulek. Richard is survived by his loving wife of sixty-four years, Elsie, of the home; two sons, Mike Ware, and his wife, Jeannie, and Warren Ware, and his significant other, Pam, all of Phillipsburg, Missouri; four grandchildren, Marvin, Nikki, Brittany, and C.J.; six great-grandchildren, Mandy, Jesse, Kennedy, Bella, Johnse, and Hunter; several nieces and nephews; as well as a host of other relatives and friends. He lived his entire life on the family farm where he was born which is located between Bennett Spring and Phillipsburg. He graduated from Phillipsburg High School and in his younger years, enjoyed playing softball, and was a good pitcher. He owned and operated a beef and hog farm for many years and also worked for Hiland Dairy for thirty-five years. After he and Elsie were married, they made their home on their farm and lovingly raised their sons. Richard was raised in the Primitive Baptist Church. He enjoyed bird hunting, playing horse shoes and loved caring for his cows. He was a very private person but had a wonderful sense of humor. His family was very important to him and he especially enjoyed having time with his grandchildren and great-grandchildren. Richard was a loving husband, father, grandfather, great-grandfather, uncle, and was a caring neighbor and friend. We celebrate his life and know that his family and friends will treasure the wonderful memories he made for them during his eighty-six years. A memorial to the New Hope Cemetery has been established and contributions may be made through the funeral home.

The family of Richard D. Ware (Lebanon) created this Life Tributes page to make it easy to share your memories.