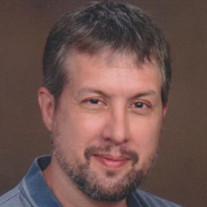 Rick Wayne Jackson, son of Wayne and Barbara Redlin Jackson, was born July 29, 1970, in Tulsa, Oklahoma. He departed this life Sunday, August 22, 2021, in his home, near Lebanon, Missouri, at the age of fifty-one years, and twenty-four days. On January 31, 1992, he was united in marriage to Pamela Hamstead, and they shared the last twenty-nine years. He was preceded in death by his brother, Wade Hisey. Rick is survived by his wife, Pam, of the home; a daughter, Rachel Ann Jackson, of St. Paul, Minnesota; his father, Wayne Jackson, of Okmulgee, Oklahoma; his mother, Barbara Jackson, of Lebanon, Missouri; a brother, Heath Jackson, of Lebanon, Missouri; two sisters, Robin Ergle, and her husband, Greg, Heather Jackson, both of Lebanon, Missouri; a half-brother, Mark Kuhlman, of the State of Tennessee; a half-sister, Wanda Hahnee, and her husband, Bobby, of Lebanon, Missouri; several nieces and nephews; as well as a host of other relatives and friends. He was born in Tulsa, Oklahoma, and was raised in Morris, Oklahoma, where he graduated from high school. He and Pam moved to Richland, Missouri in 1996, and then to Lebanon in 2004. Rick had been employed in the maintenance department at Copeland Corporation, which is now Emerson Electric, for twenty-six years. Rick had a deep, abiding love for God. He was very adept at fixing things, did beautiful stain glass work, and carpentry. He enjoyed being outdoors where his favorite activities were camping, hiking, kayaking, and biking. He was very dependable, honorable, and faithful. His family was very important to him and he enjoyed family gatherings. Rick was a loving husband, father, son, brother, uncle, and was a caring friend. We celebrate his life and know that his family and friends will hold tight to the wonderful memories he made with them during his lifetime. Services will be Wednesday, Aug. 25 at Heritage Baptist Church with Rev. Timothy Howe officiating. A memorial has been established to the Pregnancy Support Center and may be left at the funeral home.

Rick Wayne Jackson, son of Wayne and Barbara Redlin Jackson, was born July 29, 1970, in Tulsa, Oklahoma. He departed this life Sunday, August 22, 2021, in his home, near Lebanon, Missouri, at the age of fifty-one years, and twenty-four days. On... View Obituary & Service Information

The family of Rick Wayne Jackson (Lebanon) created this Life Tributes page to make it easy to share your memories.