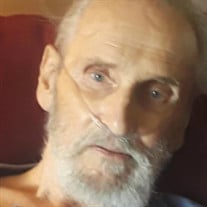 Robert William Ledbetter, son of Hollis Ledbetter and Irma Belka, was born August 1, 1943, in Torrance, California. He departed this life Saturday, August 21, 2021, in Life Care Center, in Waynesville, Missouri, at the age of seventy-eight years, and twenty days. On June 5, 1992, he was united in marriage to Florence George, and they shared twenty-seven years before her passing on October 2, 2019. He was also preceded in death by his parents. Bob is survived by two daughters, Mary Thomas, and her husband, Terry, of Sacramento, California, and DeeDee Johnson, and her husband, David, of Ashburn Virginia; a son, Bobby Ledbetter, of Roseville, California; seven grandchildren, Savannah, Andrew, Ashlyn, Taylor, Hannah, Josh and Caleb; his sisters, Myrna Frizell, Patty Weens, Kathy Garcia, and Linda Eikhorn; a brother, David Paitt; as well as long term caregiver Sherry Sullivan. He was born and raised in Torrance, California. He joined the military as a young man and served his country faithfully in the United States Army in the Army Airborne division during the Vietnam War. He was wounded and received the Purple Heart Medal, the Medal of Honor and numerous other medals. After being honorably discharged from the Army, Bob returned to California and had three children. Bob worked as a head underground plumber for Lund Construction Company for thirty years. Later, he was married to Florence and once he retired they moved to Missouri. While living in Missouri, he had a cattle farm for awhile. Bob was a member of the Veterans of Foreign Wars. He had a love and passion for music, played the guitar and wrote several songs through the years, a passion and talent that he and his daughter, DeeDee, shared. Bob was a loving father, grandfather, brother, and caring friend. We celebrate his life and know that his family and friends will hold tight to the wonderful memories he made for them during his lifetime. All arrangements for Robert "Bob" Ledbetter will be private under the care and direction of Holman-Howe Funeral Home of Lebanon, Missouri.

The family of Robert "Bob" W. Ledbetter (Lebanon) created this Life Tributes page to make it easy to share your memories.