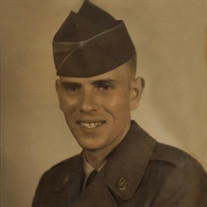 Robert “Bob” Lee Moss, son of Joe Dillard Moss and Irene Blanch Greenstreet Moss, was born April 20, 1934, in Melbourne, Arkansas. He departed this life Tuesday, August 3, 2021, in his home, near Sleeper, Missouri, at the age of eighty-seven years, three months, and fourteen days. On August 27, 1960, he was united in marriage to Daisy Belle Young, and they shared the last sixty years. He was preceded in death by his parents; and two sisters, Virginia Massey, and Evelyn West. Bob is survived by his loving wife, Daisy, of the home; a daughter, Carolyn Dowden, and her husband, Timothy, of Lebanon, Missouri; two sons, Donald Herren, and his wife, Stacey, of Knoxville, Arkansas, and Kenneth Moss, of Lebanon, Missouri; seven grandchildren, Sean, Lisa, Nicole, Ericka, Amber, Brittney, and Lyly; three great-grandchildren, Shelton, Dewayne, Corbin, Dartin, and Zac; a great-great-granddaughter, Bella; a brother, Lonnie Wilson, and his wife, Vicky, of Lebanon, Missouri; a sister, Thelma Williams, of Lebanon, Missouri; several nieces and nephews; as well as a host of other relatives and friends. He was born and raised in Arkansas. He entered the military as a young man and served his country faithfully in the United States Army from March 6, 1957, until being honorably discharged on March 5, 1959. He then made his home in Kansas where he and Daisy lovingly raised their children. Bob worked as an electrician for many years and he and Daisy eventually retired to Lebanon, Missouri. Bob had made his profession of faith in Christ and was a member of Grace Calvary Pentecostal Church for over thirty-seven years. In his spare time he liked bird watching, especially Martins. He built Martin homes and placed them around his property. He possessed a good sense of humor and loved to laugh. His life was centered around his family and his faith. He really enjoyed spending time with his grandchildren and great-grandchildren. Bob was a loving husband, father, grandfather, great-grandfather, great-great-grandfather, brother, uncle, and was a caring friend. We celebrate his life and know that his family will hold tight to the wonderful memories he made for them during his eighty-seven years. Funeral services will be Friday, Aug. 6 at 2 p.m. at Holman-Howe Funeral Home, with Rev. James Hicks officiating. Visitation will be held at the funeral home one hour prior to the service. A memorial has been established to the Gideon Ministry and may be left at the funeral home.

The family of Robert "Bob" L. Moss (Lebanon) created this Life Tributes page to make it easy to share your memories.