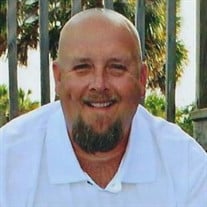 Ronald Edward “Ronnie” Owens, son of David Edward Owens and Ruby Ann Lea Owens, was born August 16, 1970 in Springfield, Missouri and departed this life June 21, 2021 in his home near Fordland, Missouri at the age of fifty years, ten months, and five days. He was preceded in death by an infant son, Ty Krider Owens who passed away May 21, 1996, sister, Cindy Witt, and father-in-law, Kelsey Mead. Ronnie is survived by his wife, Winona; sons, Clayton Payseur and wife, Melissa, of Fordland, Chance Greer and wife, Kirklyn, of Springfield, Lane Owens and wife, Elizabeth, of Fordland and Connor Owens of Fordland; two grandchildren, Oliver and Isaac Payseur; parents, David and Ruby Owens of Diggins; two sisters, Kimberly Wilkins and husband, Daron, of Seymour and Deborah Laschanzky and husband, Pep, of Springfield; brother, Bobby Smith and wife, Julia, of Diggins; mother-in-law, Billie Mead, of Seymour; sister-in-law, Stefanie Lockmiller and husband, Larry, of Springfield; many aunts, uncles, nieces, nephews, cousins and a host of other relatives and many, many friends. He was born in Springfield but was raised and lived most of his life in the Seymour area. He was a graduate of Seymour High School in the Class of 1988. Ronnie proudly served his country in the United States Army. He was an EMT for Mercy for 8 years and was currently a CPR/First Aid instructor. Ronnie had made a profession of faith in Christ and was a member of the Diggins Baptist Church. In his spare time, he was a “Hand’s on Daddy” and loved teaching his boys how to fish and hunt. Ronnie had the biggest heart for people and never met a stranger. He could be bossy and independent but when he took you on as a friend, he stood with you. He lived large, never judgmental, and his love guided many of the youth to change their lifestyle because he had experienced some of those tough times as well. Ronnie was a loving husband, dad, grandpa, son, brother, uncle, nephew, cousin and a person who truly cared for other people. We are deeply saddened at his sudden, unexpected passing, but we know he had placed his faith in Jesus Christ, so we know he is in good hands. Funeral services for Mr. Owens will be Friday, June 25 at 1 p.m. at Diggins Baptist Church in Diggins, Missouri. Visitation will be one hour prior to the service at the church. Burial will be in Seymour Masonic Cemetery in Seymour. A memorial has been established to the family and may be left at the funeral home.

The family of Ronald "Ronnie" Owens (Seymour) created this Life Tributes page to make it easy to share your memories.