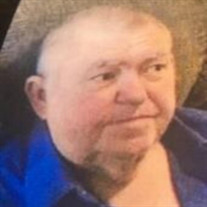 Ronnie Gene Sheppard, son of Alvin and Gladys (Grindstaff) Sheppard, was born November 25, 1950 in Milan, Missouri. He departed this life Monday, April 11, 2022 in Osage Beach Rehabilitation and Healthcare Center at the age of seventy-one years, four months, and seventeen days. On June 17, 1972, Ronnie was united in marriage to Seola Ross and together they shared fifty years. Ronnie was preceded in death by his parents; two sisters, Joyce and Karen; two nieces, and two nephews. Survivors include his wife, Seola, of the home; his daughters, Randi Sheppard of Camdenton, Missouri and Cassie Sheppard of Blue Springs, Missouri; a son, Jeremy Sheppard of Brownsville, Tennessee; five grandchildren; two brothers, Darrell Sheppard of Kirksville, Missouri and Alvin Sheppard of Brookfield, Missouri; as well as a host of other relatives and many friends. Ronnie spent his younger years living in many different towns with his parents. He attended seventeen different schools in eleven years and never felt like he had a hometown until he moved to the Camdenton area. Ronnie had a giving heart and over a sixteen-year period served as a foster dad to fifty-seven children in the area. He proudly volunteered as an EMT/firefighter for Mid County Fire Department for five years. Ronnie also faithfully served his country in the United States Army. One particular time when Ronnie was home on leave when he was introduced to Seola at a gathering and it was love at first sight. They were married following his honorable discharge from the United States Army. He made a profession of faith in Christ and attended Bible Baptist Church in Camdenton, Missouri. Ronnie was a loving husband, father, brother, and friend. We celebrate his life and accomplishments and will treasure the many wonderful memories he has created for his family and friends. A memorial service will be held at 2:00 pm on June 18, 2022, at a location yet to be determined. Memorial donations may be made to the Camden County Child Advocacy Center at PO Box 1002 Camdenton, Missouri 65020. Arrangements are under the direction of Allee-Holman-Howe Funeral Home, Camdenton, Missouri. To send flowers to the family or plant a tree in memory of Ronnie, please visit our floral store.

The family of Ronnie Sheppard (Camdenton) created this Life Tributes page to make it easy to share your memories.