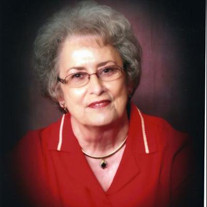 Rosa Marie Barber, daughter of Fred Leo and Olive Wilson Prater, was born August 12, 1938, in Prosperine, Missouri. She departed this life Monday, February 21, 2022, in North Care Hospice Home, in North Kansas City, Missouri, at the age of eighty-three years, six months, and eleven days. On April 20, 1957, she was united in marriage to Lloyd E. Barber, and to this union one daughter was born. She was preceded in death by her parents; her husband of fifty-five years, Lloyd, on February 25, 2012; four brothers, Walter, Josephus, Orville, and Stanley Prater; and a sister, Willda Trent. Rosa is survived by her daughter, Misty Reed, and her husband, Robert, of Monument, Colorado; a number of nieces and nephews; several cousins; as well as a host of other relatives and friends. She was born and raised in the Prosperine community, near Lebanon, Missouri. After she and Lloyd were married, they made their home in the North Kansas City area, and lovingly raised their daughter. In addition to being a devoted homemaker to her husband and family, Rosa worked at Simms Mattress Factory for a few years, and then owned and operated her own alterations business. Rosa professed her faith in Christ at the age of thirteen and became a member of Prosperine Missionary Baptist Church. She was baptized in Bennett Spring approximately one month later. Later in her life, she became an active member of First Baptist Church of North Kansas City. In her spare time she enjoyed going to auctions and bargain hunting. She liked going to Bluegrass music shows and was musically gifted at playing the guitar, mandolin, and violin all by ear. She loved growing roses and enjoyed being outdoors. Rosa was a loving mother, aunt, and cousin, and was a caring friend. We celebrate her life and know that her family and friends will hold tight to the wonderful memories she made for them during her eighty-three years. Visitation will be held at Holman-Howe Funeral Home Friday, Feb. 25 from 1- 2 p.m. Funeral services for Rose Barber will begin at 2 p.m. Friday at the funeral home. Burial will be in Mount Rose Memorial Park. Memorials may be made to the family or to First Baptist Church of North Kansas City.

The family of Rosa M. Barber (Lebanon) created this Life Tributes page to make it easy to share your memories.