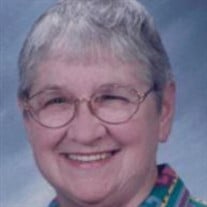 RoseMary Wilkin, daughter of Richard and Lillian (Stefanski) Shultz, was born on April 2, 1935, in Chicago, Illinois. She departed this life on November 3, 2021, in St. Louis, Missouri. At the time of her passing she was eighty-six years, seven months, and one day of age. RoseMary was preceded in passing by her husband, Ed Wilkin; her parents, Richard and Lillian, and one great-grandson. She is survived by her four children, Ralph and wife Wendee Wilkin, Joe and wife Katherine Wilkin, Bobbie and husband Mark Evans, and Becky and husband Bill Stonecipher. She also leaves behind many grandchildren, great-grandchildren, one great-great-grandchild, and many friends who will all truly miss her. RoseMary was raised in Hammond, Indiana where she graduated from high school. Although they may have attended different high schools, she and Ed met and following their graduation they were united in marriage on February 7, 1953. After they married, they moved to Albuquerque, New Mexico. Later they moved to Griffith, Indiana where they raised their family and then to Montreal, Missouri where they finished their working years and retired. RoseMary worked at Blair Cedar for many where she retired in 1998. In her spare time, she enjoyed spending time with her grandchildren and going to Branson, Missouri to see the shows. She was a loving and a caring neighbor and friend. We celebrate her life and her accomplishments and will treasure the memories she created for her family and friends. Memorial donations may be made to Alzheimer’s Association and left at the funeral home. Arrangements are under the direction of Allee-Holman-Howe Funeral Home of Camdenton. To send flowers to the family or plant a tree in memory of RoseMary Wilkin please visit our Tribute Store.

RoseMary Wilkin, daughter of Richard and Lillian (Stefanski) Shultz, was born on April 2, 1935, in Chicago, Illinois. She departed this life on November 3, 2021, in St. Louis, Missouri. At the time of her passing she was eighty-six years, seven... View Obituary & Service Information

The family of RoseMary Wilkin (Camdenton) created this Life Tributes page to make it easy to share your memories.