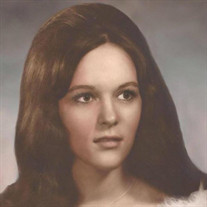 Ruth “Paula” Headley, daughter of Tommy J. and Rua Ruth Cunningham Headley, was born February 3, 1953, in Lebanon, Missouri. She departed this life Thursday, November 25, 2021, at her home near Mountain Grove, Missouri, at the age of sixty-eight years, nine months, and twenty- two days. She was preceded in death by her parents; and her infant brother, David; as well as one grandchild. Paula is survived by her son, Garry Williams, and his wife Rachel, of Conway, Missouri; three daughters, Rhonda McCoy, of Mountain Grove, Missouri, Sharon Myler, and her husband, Damon, of Lebanon, Missouri, and Kristen Ellison, and her husband, Josh, of Cabool, Missouri; fifteen grandchildren; five great-grandchildren; and a brother Ted J. Headley, of Kansas City, Missouri. She was raised in the Manes community and spent most of her life in that area. She graduated from Plato High School. Paula was a homemaker through the years. Paula grew up following the Pentecostal faith. She enjoyed living on the farm and watching the cows. She liked the holiday season and Christmas was very special to Paula. We celebrate her life and know that she will be fondly remembered and greatly missed. A memorial to the Manes Cemetery has been established and contributions may be made through the funeral home.

The family of Ruth "Paula" Headley (Lebanon) created this Life Tributes page to make it easy to share your memories.