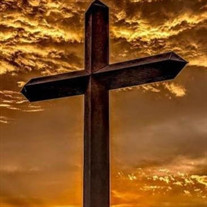 Scott Edward Neill, III, son of Scott Neill, Jr. and Delois (Ferguson) Wollenberg, was born on June 6, 1959, in Loraine, Texas and departed this life on Wednesday, April 6, 2022, at the Four Seasons Living Center in Sedalia, Missouri. He was at the time of passing 62 years and 10 months of age. Scott was married in 1975 to Rebecca Knighton in Salida, Colorado. To this union was born a son, Scott Edward Neill IV, who was tragically killed in a motorcycle accident in Colorado. Scott loved being in the outdoors, dredging for gold, and fishing. He had also gone sky diving and was an excellent carpenter. Due to strokes, the last 22 years he resided in a nursing home. Scott was preceded in death by his father, Scott Neill, Jr; his son, Scott Neill IV; a sister, Shalana Ferrell; three brothers, Rance Neill, Randy Wallace, Bill Reed; and step-father, Ronald Wallace. He is survived by his parents, Delois and Steve Wollenberg; three sisters, Shahara Hughes and husband Perry of Buffalo, Missouri, Torri Brunkhorst of Fair Grove, Missouri, Janet Lewis and husband Scott of Oklahoma; four brothers, Bradley Neill and wife Sheila of Sedro-Woolley, Washington, Damon Neill of Cookeville, Tennessee, Gene Wallace and wife Juanita of Borger, Texas, Phil Wallace and wife Lisa of Borger, Texas; granddaughter, Kama Corbin and husband Hunter of Marmet, West Virginia; and great-grandsons, Maverick and Teddy. He will be loved and missed by all who knew him. Funeral services will be held at 1:00 p.m. on Monday, April 11, 2022, in the Cantlon-Otterness & Viets Funeral Home in Urbana, Missouri with Pastor Jeff Cole officiating. Escorts will be Kade Brunkhurst, Robbie Gann, Craig Ferguson, Sean Pittelko, and Steve Ferguson. Visitation will be Sunday, April 10, 2022, 5:00 P.M.-7:00 P.M. at the funeral home in Urbana. In lieu of flowers the family asks that memorial donations be made to the funeral expenses. All donations can be made out to Cantlon-Otterness & Viets Funeral Home. To send flowers or a memorial gift to the family of Scott Edward Neill III please visit our Sympathy Store.

Scott Edward Neill, III, son of Scott Neill, Jr. and Delois (Ferguson) Wollenberg, was born on June 6, 1959, in Loraine, Texas and departed this life on Wednesday, April 6, 2022, at the Four Seasons Living Center in Sedalia, Missouri. He was... View Obituary & Service Information

The family of Scott E. Neill, III (Urbana) created this Life Tributes page to make it easy to share your memories.