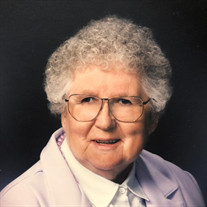 Shirley Irene Schwandt, daughter of Harold and Irene White Rutherford, was born July 25, 1929, in Carroll, Iowa. She departed this life Wednesday, January 26, 2022, in Lebanon South Nursing and Rehabilitation Center, in Lebanon, Missouri, at the age of ninety-two years, six months, and one day. On September 5, 1968, she was united in marriage to Charles Schwandt and to this union one son was born. She was preceded in death by her parents; her husband, Charles; two brothers, Harold Rutherford, Jr. and Jim Rutherford; and a sister, Patty. Shirley is survived by one son, Terry Schwandt, of Lebanon, Missouri; She was born and raised in Iowa and then for a time in Nebraska. From 1971 until 1989, she made her home in Lebanon, Missouri, where she was a devoted homemaker to her husband and family. In addition to her home duties, she also worked as the secretary of the Salvation Army. Shirley had attended Hillcrest Baptist Church and later Wood Street Church in Lebanon. In her spare time she enjoyed watching television, working puzzles, sewing, and quilting. Her family was very dear to her. Mary was a loving mother,

The family of Shirley I. Schwandt (Lebanon) created this Life Tributes page to make it easy to share your memories.