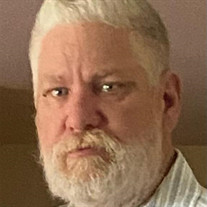 Sidney Lamont Quipp, son of Sidney E. and Beverly June Edmonds Quipp, was born October 19, 1957, in Stockton, California. He departed this life Saturday, March 12, 2022, in Mercy Hospital, in Springfield, Missouri, at the age of sixty-four years, four months, and twenty-three days. On November 27, 1985, he was united in marriage to Donna K. Dotson, and they shared the last thirty-six years of happiness and memories. He was preceded in death by his father; and two brothers, Roger Allen, and Frank Henry Quipp. Sidney is survived by his loving wife, Donna, of the home, in Lebanon, Missouri; a daughter, Jessica Myers, and her husband, Stephen, of Lebanon, Missouri; four sons, Nate Thomas, and his wife, Shanna, and John Thomas, all of Lebanon, Missouri, Sidney Eugene Quipp, and his wife Holly, of Minot, North Dakota, and William Thomas, and his wife, Jennifer, of Scarborough, Maine; eighteen grandchildren; one great-granddaughter; his mother, Beverly Quipp, of Lebanon, Missouri; as well as a host of other relatives and friends. He moved from California to Michigan with his family when he was a child. He entered the military as a young man and served his country faithfully in the United States Army for twenty years. He was stationed in several places stateside and also in Germany. He and Donna moved to Lebanon in 1999, and Sidney worked at the Independent Stave Mill and then Hooker Oil Company. He later worked as a corrections officer in Laclede County. He also worked for a time at Fort Leonard Wood. In his spare time he enjoyed being outdoors where he greatly liked hunting. He had a keen sense of humor and a patriotic spirit. His family was very important to him and he especially enjoyed having time with his grandchildren. Sidney was a loving husband, father, grandfather, great-grandfather, son, and was a caring friend. We celebrate his life and know that his family and friends will hold tight to the wonderful memories he made for them during his lifetime.

The family of Sidney Lamont Quipp (Lebanon) created this Life Tributes page to make it easy to share your memories.