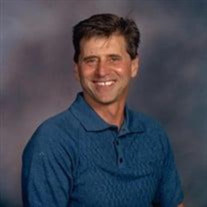 Stanley Lind, “Stan the Man”, 72, of Bolivar, MO. entered Heaven’s Gates on July 18, 2021. His beloved wife and soulmate of nearly 20 years Donna Lind was at his bedside. Jesus carried him away peacefully in his sleep, with a parade of Heavenly hosts leading the way. He fought the good fight while he courageously battled cancer for over a year. He won the battle when he woke up in Heaven with a glorified body sitting at the feet of Jesus! Stanley was born in Chicago, Illinois, on March 03, 1949, to Arthur and Jeannette Lind. He grew up in Bensenville, Illinois where he attended Fenton High School. At 18 years old he enlisted in the UNITED STATES MARINE CORPS to eagerly serve his country in the Vietnam war. Stanley was a combat grunt in the Infantry. He was awarded a Bronze Star Medal with a Combat Valor and a Combat Action ribbon for his heroic actions of saving the lives of his fellow Marines. His Citation states, “Lance Corporal Lind’s aggressive fighting spirit, courage, bold initiative and unwavering devotion to duty in the face of great danger were an inspiration to all in keeping with the highest traditions of the United States Marine Corps.” Stanley first experienced the voice of God when he was in the war. The Lord saved him many times through many battles, both in the war and after the war. But it was not until years later when he fully surrendered his life to his Lord and Savior Jesus Christ. Since that time, he has lived his life loud and proud as an on fire, sold out, mighty man of God, filled with the Joy of the Lord! Stanley owned his own construction business for over forty years. He built, remodeled, and worked on everything from log houses to High-Rise buildings in Chicago. There wasn’t anything he couldn’t build, fix, or duct tape to make work. Stanley and Donna were business partners these last twenty years, buying, fixing up and selling countless, houses and apartment buildings. Together they served side by side in Ministry at several churches in the Midwest. Stanley was the greatest Church Greeter ever. He always had a big smile and a bag of chocolate to share as he opened the door and shook hands. His smile was contagious and would light up every room he walked into. He shared his love of Jesus with everyone he met. Stanley always had a funny story to tell and a way to make people laugh. He had a gift to mentor and disciple young men. Whether he was teaching them how to build a house or taking care of animals and chores on the farm, many young men came to know Jesus, discover their skills, and find their purpose, as Stanley instilled confidence and poured his faith and wisdom into their lives. Stanley was happiest when he was alongside of his wife Donna working for the Lord and working on the farm with his animals. Cows, Sheep, Llamas, Peacocks, Chickens, Dogs and Jack the Goat, were among the many animals that were blessed to call Stan the Man their Shepherd. He was a faithful member of the Hill Church Bolivar and Bolivar First Assembly. Stanley was preceded in death by his parents Arthur and Jeannette Lind and sister Beverley Mehnert. Stanley is survived by the love of his life his wife Donna Lind, son Andy Duncan (Jamie), daughter Marcella Murphy (Dan), grandchildren Maeic, Finley, Lucy Duncan, Daniella, and Molly Murphy, Sisters, Donna Lundberg, Janet Hanlin and Nancy Lechner. Stanley was the favorite, fun Uncle or Funcle to lots of nieces, nephews and had many cousins and friends. He impacted many lives and left a spiritual legacy that will carry on. Earth is dimmer and Heaven is brighter with Stanley smiling as the Greeter at the Gates of Glory Land. Memorial Services will be held at Butler Funeral Home, Saturday July 31, 2021 Visitation at 10 am, Service at 11 am. In lieu of flowers donations may be made to the Stanley Lind Memorial Fund. To send flowers or a memorial gift to the family of Stanley Lind please visit our Sympathy Store.

The family of Stanley Lind (Bolivar) created this Life Tributes page to make it easy to share your memories.