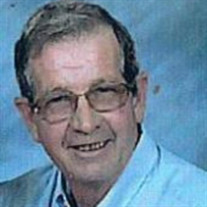 Stephen Martin McGrath, son of John T. McGrath and Dorothy E. Stindle McGrath, was born on August 8, 1943 in San Diego, California. He departed this life, Thursday September 23, 2021, in his home surrounded by his family in Climax Springs, Missouri at the age of seventy-eight years, one month and fifteen days. He was preceded in death by his parents; his sister, Barbara Grygera and the three unknown grandchildren. He is survived by his wife, Jeanine Weisensel McGrath of the home; two daughters, Margaret Lechner and husband Charles (Chip) of Necedah, Wisconsin and Marilyn Emery and husband Rodney of Climax Springs; a son, Michel and Michele McGrath of Algonquin, Illinois; six grandchildren, Brooke Lechner, Chase Lechner, Travis Nowak and Kristina Douglas, Tyler and Kali Nowak, Nicholas (Nick) McGrath, and Joseph (Joey) McGrath; three brothers, John and Nancy McGrath of Greer, South Carolina, Thomas and Sandra McGrath of Door County, Wisconsin, William “Bill” and Sue McGrath of Racine, Wisconsin; and one sister Patricia and Joseph Dibiase of Kenosha, Wisconsin. He also leaves behind a host of nieces, nephews, other relatives and many friends. As a young child, Steve’s parents moved to Racine, Wisconsin where he became a newspaper boy and his desire for working for a newspaper company grew. While in school Steve completed an internship with the local newspaper as a typist. Steve was a graduate of St. Catherine’s High School. After graduation, on January 7, 1963 Steve joined the United States Air Force where he served as a typist working under several Five-Star Generals at the Pentagon. On August 4, 1967, Steve was discharged from the Air Force and shortly thereafter he met the love of his life, Jeanine who had once said in a conversation with her friend that “he wasn’t quite tall enough”. In their first meeting of each other his blue eyes captivated her and made up for his height. He and Jeanine wed on December 7, 1968 and to this union three children were born. Together they raised their children beginning in Racine, Wisconsin for a number of years before moving to Algonquin, Illinois where they remained until his retirement to the Lake of the Ozarks, Missouri. Having served as the President of the Condo Association’s, member of the Moose Lodge and the local American Legion, he continued to stay a leader amongst his peers even in his later years. In his spare time, he loved working with his hands, whether it be a project for fun or for work. Through the years he built many decks and sheds for himself and others. Most everyone knew him as a jokester. The time he really enjoyed, was the quiet moments of fresh air while setting on the porch with his dear cat friend, Molly, while sipping coffee and his Brandy Manhattans, all of which were in some type of mug. He recently took pride in watering and watching the garden grow. Steve made a profession of his faith and was a member of the Catholic church. He served as the President of the Catholic Men’s club for a stretch of time. He was a loving and a caring husband, father, grandfather, neighbor and friend. We celebrate his life and his accomplishments and will treasure the memories he created for his family and friends. A memorial service and inurnment will be held at a later date in his home town of Racine, Wisconsin and will be announced when dates and times are finalized. Memorial donations may be made to the family and mailed to Allee-Holman-Howe Funeral Home, 15 Clint Avenue, Camdenton, Missouri 65020. Arrangements are under the direction of Allee-Holman-Howe Funeral Home of Camdenton. To send flowers to the family or plant a tree in memory of Stephen M. McGrath please visit our Tribute Store.

The family of Stephen Mc Grath (Camdenton) created this Life Tributes page to make it easy to share your memories.