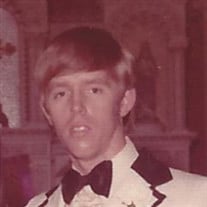 Stephen Arthur Stepro, Sr. son of Alfred and Viona Marie Willis Stepro, was born February 15, 1949 in Mare Island, California and departed this life on June 1, 2021 at his home in Mansfield, Missouri at the age of seventy-two years, three months, and sixteen days. On December 20, 1973 in Springfield, Missouri, he was united in marriage to Nancy Berry and to this union two children were born. He was preceded in death by his parents, nephew, Joe Hull, and brother-in-law, George Hull. Stephen is survived by his wife, Nancy; son, Stephen Stepro, Jr. and his fiancé, LuAnna Hawkins; daughter, Jamie Lee Kinser and husband, Garan; three grandchildren, Kristopher Stepro, Wyatt Kinser, and Holt Kinser; two sisters, Mary McJimsey and husband, Ed, and Dawn Hull; sister-in-law, Joleen Priester and husband, Wallace; brother-in-law, Scott Berry and wife, Angie; several nieces, nephews, other relatives and friends. He was born in California and moved with his family to Missouri in 1961. He graduated from Gainesville High School in the Class of 1967. Stephen began working for Hutchens Industries at the Springfield plant in 1971. He and Nancy moved to Mansfield in 1974 where he worked at Hutchens Industries Mansfield plant, retiring in 2002. In his spare time, he loved deer hunting, shooting guns, reading books on history and guns, watching his son drag race and going on long bicycle rides. He rode in the Century Ride (100 miles) in Springfield several years ago. Stephen was a loving husband, father, grandfather, brother, uncle, and a VERY PROUD AMERICAN. We celebrate his life and will cherish the special times we had together. Funeral Mass will be at 10:30 a.m. Saturday, June 5 in Immaculate Heart of Mary Catholic Church in Mansfield with Father Leo Arokiasamy officiating. Arrangements are under the direction of Holman-Howe Funeral Home of Mansfield.

Stephen Arthur Stepro, Sr. son of Alfred and Viona Marie Willis Stepro, was born February 15, 1949 in Mare Island, California and departed this life on June 1, 2021 at his home in Mansfield, Missouri at the age of seventy-two years, three... View Obituary & Service Information

The family of Stephen Stepro, Sr. (Mansfield) created this Life Tributes page to make it easy to share your memories.