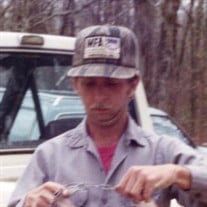 Steven Lee Flanary, son of George and Nancy Mizer Flanary, was born August 16, 1963, in Lebanon, Missouri. He departed this life Tuesday, June 7, 2022, in Mercy Hospital, in Springfield, Missouri, at the age of fifty-eight years, nine months, and twenty-one days. His parents preceded him in death. Steven is survived by his significant other, Randi Terry, of Lebanon, Missouri; his step-daughter, Charolette Russell, of Lebanon, Missouri; his step-mother, Brenda Flanary, of Lebanon, Missouri; four grandchildren, Jason, Talyia, Ryker, and Rozyn; a brother, Brian Flanary, of Lebanon, Missouri; a step-brother, Chuck Morgan, and his wife, Bethany, of Pampa, Texas; a step-sister, Michelle Hawkins, and her husband, Jesse, of Lebanon, Missouri; four nieces and four nephews; as well as a host of other relatives and friends. He lived his entire life in the Lebanon community. He worked in the concrete construction business for the City of Lebanon for a number of years. He liked being outdoors where his favorite activities were fishing, and riding his John Deere tractor. He collected arrowheads, rocks, and brass items, and enjoyed knives. He liked having a good time and hanging out with his friends. He loved his family and enjoyed spending time with them. Steven was a loving father, son, grandfather, brother, uncle, and was a caring significant other. We celebrate his life and know that his family and friends will hold tight to the wonderful memories he made for them during his lifetime.

The family of Steven Lee Flanary (Lebanon) created this Life Tributes page to make it easy to share your memories.

Send flowers to the Flanary family.