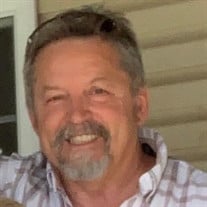 Steven Harold Reeves, son of Jesse and Bonnie Williams Reeves, was born September 27, 1957, in Lebanon, Missouri. He departed this life Sunday, January 16, 2022, in Mercy Hospital, in Springfield, Missouri, at the age of sixty-four years, three months, and twenty days. He was preceded in death by his mother, Bonnie Reeves; and two brothers, Ronald and Scottie Reeves. Steven is survived by a daughter, Tara Reeves, of Waynesville, Missouri; a grandson, Max Dunn, of Waynesville, Missouri; his father, Jesse Reeves, of Lebanon, Missouri; two brothers, Rev. Allen Reeves, and his wife, Donna, and Dennis Reeves, and his wife, Teresa, all of Lebanon, Missouri; two sisters, Annette Danek, and her husband, Scott, and Lana Boyer, and her husband, David, all of Lebanon, Missouri; several nieces and nephews; as well as a host of other relatives and friends. He was born and raised in the Lebanon area and graduated from Lebanon High School in the Class of 1975. In 1983, he was married and to that union one daughter was born. He then continued to make his home in the Lebanon area for his entire life. He began working for Marathon Electric in his mid-twenties and continued until retiring in 2010. After retiring, Steven worked with his brother, Dennis, at the Reeves Auto Upholstery shop when his brother, Ronald became ill. Steven had made his profession of faith in Christ and was a member of Community Baptist Church. He enjoyed antiquing with Craig and had several antique booths in various antique shops. He also liked hunting which he did with his best little buddy, Max. He had fun spending time and hanging out with his best friend, Mike. His family was central in life and he especially enjoyed having time with his grandson. Steven was a loving father, grandfather, son, brother, uncle and was a caring friend. We celebrate his life and know that his family and friends will hold tight to the wonderful memories he made for them during his lifetime. Rev. Allen Reeves will be officiating the funeral service. The family has requested that masks be worn to the visitation and service for Steve Reeves. A memorial to Steve's grandson's education fund has been established and contributions may be made through the funeral home. Make checks payable to Tara Reeves.

The family of Steven H. Reeves (Lebanon) created this Life Tributes page to make it easy to share your memories.