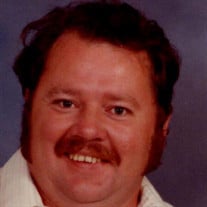 Terry Leon Williams, son of Thomas L. and Virginia M. Lee Williams, was born September 3, 1954, in Blue Springs, Missouri. He departed this life Monday, October 25, 2021, in Marshfield Care Center, in Marshfield, Missouri, at the age of sixty-seven years, one month, and twenty-two days. On September 12, 1981, he was united in marriage to Frederica L. Glenn and they shared the last forty years of happiness and memories. He was preceded in death by his parents; and four brothers, Tommy, David, John, and Mark Williams. Terry is survived by his loving wife, Frederica, of the home; three sons, Daniel Glenn, Jeremy Wayne Williams, and Trevor Howard Williams, all of Lebanon, Missouri; two grandchildren; a brother, Carl Williams, of Stockton, Missouri; several nieces and nephews; as well as a host of other relatives and friends. He was raised in the Oak Grove community and graduated from Oak Grove High School. He then joined the military at the age of sixteen and served his country faithfully in the United States Army for several years. He was stationed in various locations during his years of service before being honorably discharged in 1975. In 1989, he and Frederica moved to Lebanon and made their home. He worked at different jobs for several years and then went to work as a truck driver for the City of Lebanon. He enjoyed being outdoors where his favorite activity was fishing. He had a delightful sense of humor and was fun to be around. He enjoyed teasing and aggravating everyone. His family was very important to him and he especially enjoyed having time with his grandchildren. Terry was a loving husband, father, grandfather, brother, uncle, and was a caring friend. We celebrate his life and know that his family and friends will hold tight to the wonderful memories he made for them during his lifetime. Graveside services for Terry Williams will be held Tuesday, Nov. 2, 2021 in Missouri Veterans Cemetery in Ft. Leonard Wood, MO beginning at 2 p.m.

The family of Terry L. Williams (Lebanon) created this Life Tributes page to make it easy to share your memories.