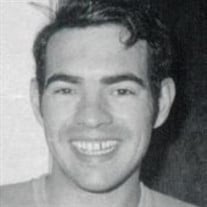 Theodore Van “Ted” Dorman, son of the late Henry & Helen (Studen) Dorman, was born on June 29, 1944 in Pueblo, Colorado. He departed this life on August 4, 2021, in Milan Health Care Facility, Milan, Missouri. At the of his passing, he was seventy-seven years, one month and six days of age. He was preceded in death by his parents. He is survived by his children, Julie Ollison and Theodore Van Dorman Jr.; one sister, Phyllis and husband Tom Shaver; and four grandchildren, Elizabeth Dorman, Elijah Ollison, Joel Ollison and Bella Ollison. He also leaves behind a host of many friends and other family members who will all truly miss him. Theodore was raised in Colorado and after graduating from high school he joined the United States Marine Corps where he proudly served his country for five years. After returning home from his time of service, he moved to Quad Cities, Illinois where he was united in marriage to Carol Burns and to this union two children were born. In his spare time, he enjoyed traveling, listening to music and above all, spending time with his family. He truly cherished every moment spend with his kids and grandkids. He was a loving and a caring neighbor and friend. We celebrate his life and his accomplishments and will treasure the memories he created for his family and friends. Funeral services will be held at 2:00 p.m., Monday, August 9, 2021 in Allee-Holman-Howe Funeral Home. Visitation will be from 1:00-2:00 p.m., prior to the service in the funeral home. Arrangements are under the direction of Allee-Holman-Howe Funeral Home of Camdenton, Missouri. To send flowers to the family or plant a tree in memory of Theodore "Ted" Dorman please visit our Tribute Store.

The family of Theodore "Ted" Dorman (Camdenton) created this Life Tributes page to make it easy to share your memories.