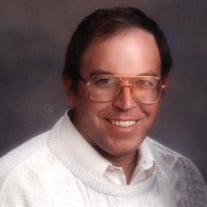 Tony Alan Jennings, son of Thomas H. and Delores Ann (Hicks) Jennings, was born May 26, 1962, at Fort Leonard Wood Army Hospital in Missouri. He departed this life Friday, December 10, 2021, in his home, near Lebanon, Missouri, at the age of fifty-nine years, six months and fifteen days. On May 9, 1987, he married Leslie Ann Friebe and they shared thirty-four years of “marital bliss.” He was preceded in death by his mother; and two brothers, John Thomas and Tommy Wayne Jennings. Tony is survived by his loving wife, Leslie Ann, of the home; a daughter, Abigail Waterman, and her husband, Frank; a son, Aaron; his father, Tom; a brother Tim, and his wife, Deanna; several nieces and nephews; all of whom reside in the Lebanon, Missouri area; as well as a host of other friends and relatives from the state and beyond. He spent his early years in Eldridge and on the family farm near Lebanon and began working at the family Post Plant at eight years old. He graduated from Lebanon High School in the Class of 1980 all while milking cows and putting in long hours on the farm. He then worked at Regal Beloit, formerly Marathon Electric, for thirty-nine years. After he and his wife married, they settled down on the south side of the family farm and through prayer and consistency, raised their children. Tony whole-heartedly believed that you must listen and be led by the voice of God. Before he married, Tony was called to preach at his windowsill in the wee hours of the morning by a cloud that answered his questions with thunder and lightning. “If this is really you, God, come back tomorrow morning at exactly the same time.” Tony said. And sure enough, God sent the cloud back at exactly 1 a.m. God’s voice directed him to Taylor Avenue Full Gospel Church where he learned under Rev. Chelbert Clark and preached for over thirty-eight years. Although he enjoyed gardening, farming, and tinkering on tractors, his true passion was reading his Bible, praising the Lord, and hearing personal testimonies of Pastors, Prophets, Preachers, and other church members; the great miracles they experienced and hearing how God delivered them from starvation, sickness, abusive relationships, and depression. Tony was a loving and faithful man. But above all, a servant to others, never taking time for himself. His personal testimonies are too long to list but would always encourage others to listen for God’s voice, wait in His Presence, and know that “All things are possible to you, if you will believe.” Graveside services for Tony Jennings will be held Friday, Dec. 17 at 2 p.m. in Hufft Cemetery near Eldridge. Rev. Gary Jennings will officiate the service., Visitation will be held Thursday evening from 6 - 7:30 p.m. at Holman-Howe Funeral Home in Lebanon. A memorial to the Taylor Avenue Full Gospel Church and been established and contributions may be left at the funeral home.

Tony Alan Jennings, son of Thomas H. and Delores Ann (Hicks) Jennings, was born May 26, 1962, at Fort Leonard Wood Army Hospital in Missouri. He departed this life Friday, December 10, 2021, in his home, near Lebanon, Missouri, at the age of... View Obituary & Service Information

The family of Tony Alan Jennings (Lebanon) created this Life Tributes page to make it easy to share your memories.