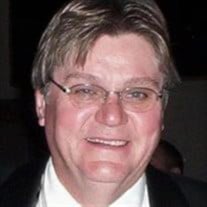 Warren Phillip McElvaney, aged 71, peacefully passed away on June 1, 2021.Warren was born in Baltimore, Maryland on August 14, 1949, to Thomas and Florence McElvaney. He was the youngest in his family and had three older brothers Thomas, Ronald, and Donald. A few years later, his family moved to Kenosha, Wisconsin where he lived until a teenager. He was united in marriage to Laurie Graves on April 3, 1971. Together they had three children. Not long after their marriage Warren studied at North Central Bible College where he earned a bachelor’s degree in Pastoral Studies. He then started his pastoral career where he ministered in many churches all across the United States. Throughout his life, Warren enjoyed music, hiking, fishing, camping, and spending time with family. Warren is preceded by his parents Thomas and Florence and his brother Ronald. He is survived by his wife Laurie McElvaney, his daughter Christine Weigel and her husband Paul of Buffalo, Missouri, his son Daniel McElvaney serving at Naval Station in Jacksonville, Florida, his son Justin McElvaney and his wife Sarah of Des Moines, Iowa, his brother Thomas McElvaney and his wife Judy of Florida and Donald McElvaney and his wife Mignon of Idaho. He is also survived by eight grandchildren: David, Katie, Luke, and Jack Weigel, Amelia and Elizabeth McElvaney, and Ethan and Evelyn McElvaney. Graveside services for Warren will be 2:00 p.m. Monday, June 7, 2021 in the Maple Lawn Cemetery with Paul Weigel officiating. Pallbearers will be Paul Weigel, Luke Weigel, Jack Weigel, Daniel McElvaney, and Justin McElvaney. Burial will be in the Maple Lawn Cemetery in Buffalo under the direction of the Cantlon-Otterness & Viets Funeral Home of Buffalo, Missouri. Visitation will be from 1:00 to 2:00 p.m. Monday in the Cantlon-Otterness & Viets Funeral Home before the graveside service.

Warren Phillip McElvaney, aged 71, peacefully passed away on June 1, 2021.Warren was born in Baltimore, Maryland on August 14, 1949, to Thomas and Florence McElvaney. He was the youngest in his family and had three older brothers Thomas, Ronald,... View Obituary & Service Information

The family of Warren Phillip McElvaney (Buffalo) created this Life Tributes page to make it easy to share your memories.