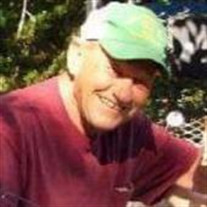 William “Bill” Sanders Faulkner, son of Leslie S. Faulkner and Wilma Papen Faulkner was born, June 4, 1946 in Springfield, Missouri. He departed this life January 28, 2022, in Windsor Estates Care Center, Camdenton, Missouri at the age of seventy-five years, seven months and twenty-four days. He was preceded in death by his parents and a daughter, Sandi Johnson. He is survived by love of his life, Glenda Schlueter of Stoutland, Missouri; six children, Timothy Faulkner of Phoenix, Arizona, Jeffry Faulkner of Phoenix, Arizona, Cindy Smiley of Dallas, Texas, Rob Hinds of Phoenix, Arizona, Kevin and Anne Dancoff of Atlanta, Georgia; two grandchildren, Michelle and Jordan; two sisters, Leslie Carroll of San Antonio and Becky Faulkner of Phoenix, Arizona as well as a host of other relatives and many friends. As a child of an enlisted Army parent, Bill was raised in various locations throughout the world. Shortly after high school Bill enlisted in the United States Army and served his country proudly. After his time of enlistment, he enrolled in college and earned his associates degree in engineering. Bill worked for Honeywell as an aerospace engineer for over thirty-four years before retiring in Phoenix, Arizona. In 2004 he moved to Missouri and quickly became known as “farmer Bill”. In his later years Bill had a passion and enjoyed working his land and cattle farming. Bill was a loving and a caring, partner, father, neighbor and friend. We celebrate his life and his accomplishments and will treasure the memories he created for his family and friends. Arrangements are under the direction of Allee-Holman-Howe Funeral Home of Camdenton, Missouri. To send flowers to the family or plant a tree in memory of Bill S. Faulkner please visit our Tribute Store.

The family of William (Bill) Sanders Faulkner (Camdenton) created this Life Tributes page to make it easy to share your memories.