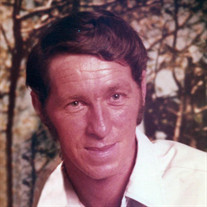 William Lee Gibbs, son of Kenneth and Margaret Brown Gibbs, was born April 12, 1949, in Lebanon, Missouri. He departed this life Wednesday, August 4, 2021, in his home, near Lebanon, Missouri, at the age of seventy-two years, three months, and twenty-three days. On December 20, 1975, he was united in marriage to Janice Diane Holt, and to this union two sons were born. He was preceded in death by his parents; four brothers, Gene, Howard, Dale and Bobby Gibbs; and a sister, JoAnn Rozin. William is survived by his loving wife of forty-five years, Diane, of the home; two sons, Jared Gibbs, and his wife, Christy, and Adam Gibbs, all of Lebanon, Missouri; three grandchildren, Andie, Alex, and Shelby; a brother, Donnie Gibbs, and his wife, Carla, of Lebanon, Missouri; two sisters, Sue Sutton, and Judy Williams, both of Lebanon, Missouri; several nieces and nephews; as well as a host of other relatives and friends. He lived all of his life in the Lebanon, Missouri area, and received his education there. He was an experienced assembly line worker and had been employed by various boat manufacturing companies through the years. After he and Diane were married, they made their home near Lebanon, and lovingly raised their sons. He especially liked his dogs. He was outspoken, a bit stubborn, and hard headed. His family was very important to him and he enjoyed spending time with his grandchildren. William was a loving husband, father, grandfather, brother, uncle, and was a caring friend. We celebrate his life and know that his family and friends will hold tight to the wonderful memories he made for them during his lifetime.

William Lee Gibbs, son of Kenneth and Margaret Brown Gibbs, was born April 12, 1949, in Lebanon, Missouri. He departed this life Wednesday, August 4, 2021, in his home, near Lebanon, Missouri, at the age of seventy-two years, three months,... View Obituary & Service Information

The family of William Gibbs (Lebanon) created this Life Tributes page to make it easy to share your memories.