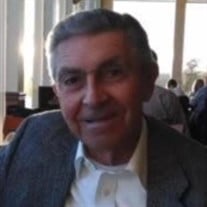 William Roy Gray, son of William Roy and Margaret C. Conklin Gray, was born May 27, 1941, in Huntington, New York. He departed this life Wednesday, November 3, 2021, in Lake Regional Hospital, in Osage Beach, Missouri, at the age of eighty years, five months, and seven days. On April 21, 1977, he was united in marriage to Debra Marie Roush Warrington, and they shared the last forty-four years of happiness and memories. His parents preceded him in death. William is survived by his loving wife, Debra, of the home; a step-daughter, Karen West, of Milford, Delaware; four grandchildren; a number of great-grandchildren; as well as a host of other relatives and friends. He was born in New York and was raised in New York, Maryland and Delaware. After graduating from high school, and as a young man, he entered the military and served his country faithfully in the United States Air Force for several years. He then returned to the East coast and made his home in Delaware where he and Debra made their home for many years. William owned a Volvo Car Dealership for a number of years. In 2006, he and Debra retired and moved to Lebanon, Missouri. William had made his profession of faith in Christ and was a member of Church of Great God in South Carolina. In his spare time he enjoyed playing the guitar and liked street rods. He owned and loved his 1964 Chevrolet Impala SS, as well as a 1939 Ford Coup and enjoyed working on them. He was a quiet man but loved his family dearly, especially his grandchildren and great-grandchildren. William was a loving husband, father, grandfather, great-grandfather, and was a caring friend. We celebrate his life and know that his family and friends will hold tight to the wonderful memories he made for them during his lifetime. A graveside service will be held Monday, Nob. 8, at Grange Hall Cemetery. Visitation will be from 12:30 p.m. - 1:30 p.m. Monday at Holman-Howe Funeral Home.

The family of William R. Gray (Lebanon) created this Life Tributes page to make it easy to share your memories.