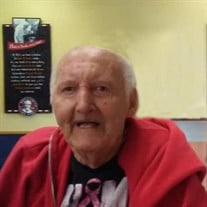 William Earl Keller, son of Paul and Willie May Wilkinson Keller, was born June 22, 1945, in Lawton, Oklahoma. He departed this life Wednesday, August 18, 2021, in Mercy Hospital, in Lebanon, Missouri, at the age of seventy-six years, one month, and twenty-seven days. On October 22, 1982, he was united in marriage to Mary Ethel Peters, and they shared the last thirty-eight years. He was preceded in death by his parents; his wife, Mary, on August 14, 2021; a daughter, Kimberly Westley; a son, Richard Dennis; a granddaughter, Bridgett Williams; a grandson, William Jones; and a great-grandson, Zane Early. William is survived by five daughters, Gail Barnett, and her husband, Matt, Frances Randolph, and her husband, Rick, all of Lebanon, Missouri, Bonnie Mulanax, and her husband, Larry, of Springdale, Arkansas, Robin Cowan, and her husband, Virgil, of Greenfield, Tennessee, and Rebecca Burley, and her husband, Mike, of Springdale, Arkansas; two sons, Skip Dennis, and his wife, Kim, of Bruno, Arkansas, and Lester Dennis, and his wife, Gayla, of Quitman, Arkansas; twenty-nine grandchildren; a number of great-grandchildren; a great-great-grandchild; two sisters, Jean Furstenfeld, of Palestine, Texas, and Frances Urquhart, of Cody, Wyoming; several nieces and nephews; as well as a host of other relatives and friends. He was raised in Lawton, Oklahoma, and then moved to Arkansas when he was a young man. He began working in various factories in the Springdale, Arkansas area. After he and Mary were married, they made their home in Springdale until moving to Lebanon eleven years ago. William had made his profession of belief in Christ and followed the Baptist faith. In his spare time he enjoyed fishing, and collecting eagles, knives, and Hot-Wheels car models. His family was very important to him and he especially enjoyed his grandchildren and great-grandchildren. William was a loving father, grandfather, great-grandfather, great-great-grandfather, brother, uncle, and was a caring neighbor and friend. We celebrate his life and know that his family and friends will hold tight to the wonderful memories he made with them during his lifetime. Graveside services for William E. Keller will be Saturday, Aug. 21, 2021 at 2 p.m. in Elm Springs Cemetery in Elm Springs, Arkansas.

William Earl Keller, son of Paul and Willie May Wilkinson Keller, was born June 22, 1945, in Lawton, Oklahoma. He departed this life Wednesday, August 18, 2021, in Mercy Hospital, in Lebanon, Missouri, at the age of seventy-six years, one... View Obituary & Service Information

The family of William E. Keller (Lebanon) created this Life Tributes page to make it easy to share your memories.